50% of directors and unit managers were female 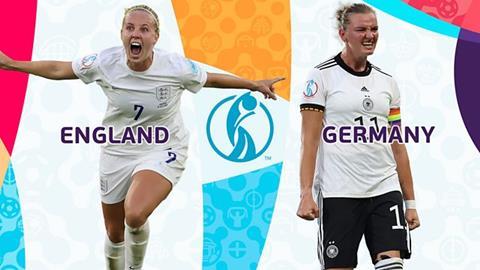 EMG has revealed its work to broadcast all 31 games at the 2022 Women’s Euros.

The EMG delivery team was led by Chrissie Collins, who oversaw 464 crews: 126 from Sunset+Vine and 336 from EMG. Overall, 50% of directors and unit managers were female, after EMG took steps to encourage female crew to work at the matches.

A fleet of five NOVA OB trucks we used for the 31 matches, which took place in ten stadiums across England. Efforts were made to make sure staff worked on games held near to their homes, to reduce hours on the road, as well as boost sustainability.

In addition, as is EMG policy, each EMG compound featured recycling facilities, alongside water coolers to remove any reliance on single use plastic with trucks running on HVO Green D+ fuel.

UHD native graphics were managed with NEXT, the EMG graphics solution, and coupled to the UEFA data feed to capture live statistics, such as team line-ups and VAR decisions, automatically. Four experienced operators managed by BOOST worked on machines embedded into the main OB.

Collins said: “The Women’s Euros is a huge operation to plan for logistically. It’s tough for our production services team to look at all the information and plot how this going to work into a schedule. We studied the distance between grounds and the time it takes to get there, how many people we’d need on the team, reflecting the right gender balance within the crew and all the tasks that need to be completed, etc. Everything. It’s been fantastic, and everyone has really enjoyed it. Once we were underway, with the strength and depth in our team, we got into a smooth rhythm in no time.”

Rohan Mitchell, Director of ESG, EMG, added: “In every project that we are involved with, we want to ensure that our output reflects our values of diversity, inclusion and belonging – but also a commitment to being a sustainable business. We put a lot of effort into planning to ensure matches were delivered in the most sustainable way, causing as little damage to the environment as possible.”