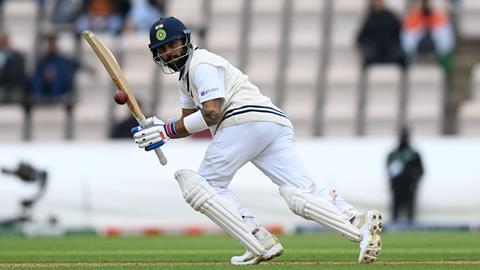 Whisper has been commissioned by Sony Pictures Network India to enhance its coverage of the England v India test series.

The production company will provide interviews and analysis from guests and players on the ground to complement SPN’s live coverage. This will be done by an on-site Whisper production team with a TVU kit, with the content created featuring in SPN’s broadcasts ahead of play each day, as well as at lunch, tea and the close.

Whisper’s cricket lead, Rob Williams, who has worked on several ICC tournaments, developed the relationship, and Sarah Warnock, who has also worked on major ICC events, will oversee the production.

SPN has already used content from Whisper in non-live programming ahead of the series, via interviews with Hanuma Vihari and Mohammed Siraj.

England and India drew the first test after a heroic century from England skipper Joe Root, and the second test gets underway today, 12 August.

There could only have been one. A special innings from our captain @root66 👏 pic.twitter.com/NbuZcRzRpH

Mark Cole, Whisper managing director, said: “We’re thrilled to be working with Sony Pictures Networks India to deliver the best content from the ground at what promises to be a hugely exciting tour this Summer. We’re massive cricket fans and have fantastic production talent on our team.

“We’re currently creating highlights for the BBC, working as production partner with Spark Sports in New Zealand, and are host broadcaster for the West Indies, amongst others. We’re really motivated to deliver in the ambitious way that we approach all our projects and will be relentless in our pursuit of speaking to the best names on the ground for Sony Pictures Networks India.”

Rajesh Kaul, chief revenue officer, distribution and head - sports business at Sony Pictures Networks India, added: “We are pleased to associate with Whisper for the India Tour of England. We are relying on them to not only be our partners but also our eyes and ears onsite at the venues so we can present our viewers with the best viewing experience despite having to adopt a remote production workflow for this high-profile series.

“Whisper’s experienced team will ensure a seamless delivery of all the production elements to enhance the live coverage of the five test matches of the series.”

This adds to Whisper’s cricket coverage, which includes work for for the BBC, Cricket West Indies, New Zealand Cricket with Spark Sports, and Ten Sports Pakistan.