It’s not festive, it’s not fun, but it is very good. 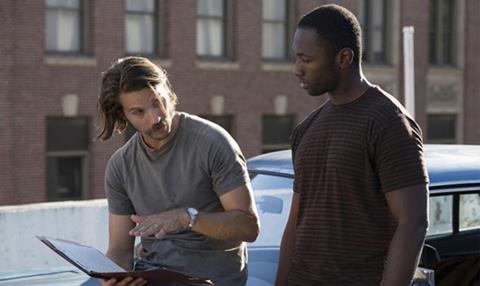 It is not only set in the 1970s, but looks as if it might have been filmed then, right down to the overenthusiastic tolerance of female nudity and the hero’s black friend getting killed in the second reel. Greg Yaitanes (House, Damages, Prison Break) directs the entire run, but it could have been Walter Hill or Michael Cimino.
Andrew Billen, The Times

It’s not festive, it’s not fun, but it is very good. And, at the end of a brutal year, there’s at least something timely about the story of a disillusioned Vietnam vet returning home to discover just how much more shit life can get.
Lucy Mangan, The Guardian

It was the smooth menace of Martin Compston’s psychopath Peter Manuel that was allowed to chill us, and the raw grief of those he bereaved, not reams of up-to-the-edge on-screen violence. It takes careful writing to do that, and clever camerawork, too, both of them trusting in the imagination of the audience.
Matt Baylis, Daily Express

With its watered-down history and its starkly posed questions, Timeless is actually a good show to watch with children, a sort of American Dr Who with plots they can actually follow and visuals that don’t utterly terrify them.
Matt Baylis, Daily Express

If you are old enough to remember the glory days (Sez Les, The Les Dawson Show, Blankety Blank), add your fondest memories of the great man’s wearied face gazing out, more in sorrow than in anger, at the audience – poor, benighted fools, who had come searching after laughter – and enjoy this handful of classics, aired in all their glory last night.
Lucy Mangan, The Guardian

The film moved at the deliberate pace of the designer tomb as, on “feet” not wheels, it was pushed into place. Yet I kept thinking of Thunderbirds, partly because this was an international rescue (financially and in personnel), but mainly because of the ingenuity of the achievement.
Andrew Billen, The Times

There’s a strong sense the show has already run out of steam. Will it be around this time next year? Probably not.
Christopher Stevens, Daily Mail