“Riviera might be flashy and moneyed but it lacks personality, charm, humour, soul. It is shallow, vulgar and boring.” 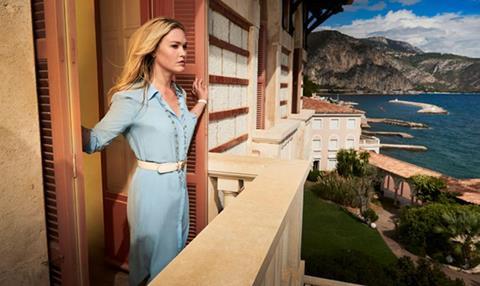 “Created by Oscar winner Neil Jordan and co-written by Booker Prize winner John Banville, the script should have soared but was disappointingly pedestrian. It aimed for hard-boiled noir but landed in Footballers’ Wives territory.”
Michael Hogan, The Telegraph

“A mystery greater than the killing is how an Oscar-winner and a Booker prizewinner could come up with something quite so trashy. The only thing that would make this thing — filmed like a car advert — respectable would be subtitles.”
Andrew Billen, The Times

“It smacks of TV made by too many people and designed to appeal to too many, and it ends up appealing to no one. Riviera might be flashy and moneyed but it lacks personality, charm, humour, soul. It is shallow, vulgar and boring.”
Sam Wollaston, The Guardian

“This is diamante and gold flake, not gemstones and ingots. None of the characters strikes a spark of sympathy in us. All very tacky…it’s enough to make you glad you’re not a billionaire.”
Christopher Stevens, Daily Mail

“Riviera could have been a riveting drama. Unfortunately, the show repeatedly gives way to clichés and stereotypes, making it seem more like a hammy telenovela than a prime time Sky drama.”
Rebecca Monks, The i

“Wife Swap: Brexit Special was a year too late, wasn’t it? Otherwise, it was squirmingly gripping TV that I could only watch through my fingers.”
Sam Wollaston, The Guardian

“Some of the production machinations seemed gratuitously antagonistic. As a potential prelude for a full comeback, though, this was a rollicking reminder of what made Wife Swap so grimly compelling first time around.”
Michael Hogan, The Telegraph

“This show packed in emotion, gags and some hilarious choreography, and did it all for a good cause. Inexplicably, it ruined its own surprise, by having the lads do a dress rehearsal starkers in front of a crowd of delighted ladies at a Sheffield club. But the live finale at the London Palladium was still quite a triumph.”
Christopher Stevens, Daily Mail

“The high point was when the lads arrived for a test run at the Shiregreen Working Mens Club, the Sheffield backdrop of the original film. After that, their later performance at the Palladium felt, for want of a better word, limp.”
Matt Baylis, Daily Express