Roundtable: Making the case for MAM

Media asset management systems are a hot topic in TV, but when should you invest in one? The issue was top of the agenda at a recent Broadcast breakfast meeting. David Wood reports 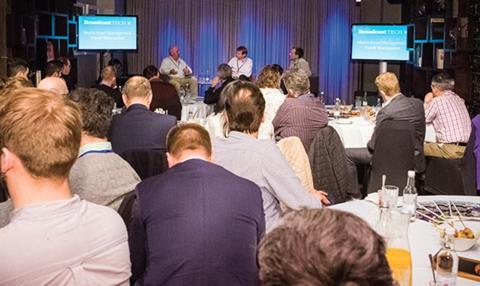 More content is being produced than ever before, and the challenge of delivering it to a vast array of platforms is faced by all media companies. Broadcast gathered senior figures from post and broadcast for a breakfast discussion on media asset management.

Jai Cave and Roy Trosh discussed when to implement a media asset management (MAM) system – and the challenge of running one across multiple locations.

When getting to grips with the potentially difficult subject of media asset management, a good place to start is to ask yourself: ‘Does my business actually need a MAM system at this time?’

The installation of a new technological solution will touch every aspect of your business, will take time to integrate, and will require a degree of organisational change. It’s not a step to be taken lightly.

Jai Cave, head of operations at London post house Envy, explains: “The first rule of asset management is that not everybody needs a system in place. You can achieve a lot of business benefits simply by adopting sensible, systematic file structures and naming systems.”

For Envy, which operates a commercials and long-form post-production business across five different locations in Fitzrovia, the decision to explore MAM was taken two years ago.

Cave says: “If we were to continue to grow, we knew that we had to look at making our operations more systematic, so we looked at all the internal areas – how people worked and how we might create a more efficient asset management, archive, review and approvals process – as well as reducing waiting time for our clients.”

One key ambition was to create a system that could cut the time it took between a client leaving an edit and delivery of the finished content. “We wanted to make our assets more viewable – reducing the amount of time people spent phoning around to find out the status of a piece of work,” Cave says.

“One big advantage with MAM is that the metadata associated with the assets can show you instantly where you are.”

For Roy Trosh, group technical director at VFX specialist The Mill, the case for asset management was even more pressing. Recently acquired by Technicolor, the company employs 1,500 people in offices in the UK, New York, LA and Chicago, spanning four different time zones.

“Synchronising workflows between sites has been a massive deal for us,” says Trosh. “We needed to create a virtual asset bank across the four different locations. That means, for instance, that an animator in LA who is free on a particular day can be pulled onto a London project, using assets supplied by a management system that makes sure that the version they are working on is today’s, not yesterday’s. We have created one virtual asset bank with a single database that tells us where the latest version is.”

Because parts of a job can be in different locations, this is an inherently more efficient system. “It means that we can work smarter and don’t have to move a 10TB data job around the network because somebody wants to work on a particular shot. We can locate and select just that shot, rather than the whole thing.”

When choosing a MAM system, flexibility is key, so that it can be integrated with existing technologies as well as being adaptable enough to incorporate new technologies as they emerge.

At Envy, the MAM has to integrate with other software such as Envy Store, an archive product that the post house created last year for clients that don’t have asset management of their own. “It acts as their library,” explains Cave.

Customisation is always necessary, warns Trosh. “With MAM, there’s never the perfect off-the-shelf solution, so we tend to buy in and heavily modify systems ourselves.”

You’ll also need your own team of in-house software developers to keep your MAM tools talking to the rest of your systems, from Flame and Avid to fi le-based delivery technology.

“If you ask me, software companies such as Autodesk change their APIs far too often,” warns Tosh. “Be prepared to spend a lot of time and money hacking the back end of Flame.”

Make sure your MAM vendor has a good track record in your area, says Cave. “Find out if they have worked before with the kind of systems you want to implement,” he advises. “A good relationship with the vendor is key because successful integration is a constant conversation, not a one-off. And your own specifications will change as the system is developed and implemented.”

Trosh adds: “Word of mouth is important. It’s a big decision – and an easy and expensive one to get wrong.”

The successful implementation of any MAM will take time and the businesses’ major stakeholders will need to be on board.

Cave says: “You will be changing how people work and the people who will use it will need to want it to work. That’s why their buy-in is so important.”

Trosh adds: “Remember that people in your organisation can hate change. We made the organisational jump to tapeless, from outputting commercials from Flame onto tape, by implementing it in one go when we moved into our new UK HQ in Windmill Street. I decided that we wouldn’t take tape machines with us, so we piled tapes and HDCAM decks in a skip. The whole process was painful and took three months to perfect, but it’s definitely speeded things up.

“Since we moved, we have pushed 12,500 commercials through our tapeless workflow over a year and a half. We could never have done that with tape, particularly during very busy periods such as the run-up to Christmas.”

Most accounts of the benefi ts of MAMs are anecdotal rather than carefully calculated ROIs, but Trosh concludes: “We don’t have producers queuing up to view commercials on tape machines any more. Now they can view it instantly on the intranet. And we have saved money on tape – our tape bill used to be astronomical.”

Andrew Ioannou and Tim Bertioli explored what the industry learned from the failure of the BBC’s Digital Media Initiative – and how to get buy-in for asset management systems from the entire workforce.

The words ‘Digital Media Initiative’ are enough to make any broadcaster contemplating a new MAM think twice. The BBC’s £98m fiasco, which led to the corporation pulling the plug on its all-singing, all-dancing MAM in 2013, after five years of development, now serves as a warning to others.

The post-mortem on DMI showed that the project was derailed by a combination of factors, from fast-changing technology to a general lack of clarity about its parameters and what it was intended to achieve.

Deluxe’s former technology director, EMEA, Tim Bertioli, who has delivered MAM systems for a several large organisations, says: “Experience shows that there are a lot of stake holders and the initial specification tends not to be nearly detailed enough. But as the project progresses, the specification mushrooms as the granular detail of the system emerges.”

This can easily lead to asset management initiatives getting bogged down and ultimately failing.

According to Marquis Media Partners managing partner Andrew Ioannou, the key is to spend time clearly focusing on what business transformations you want to achieve. “Rather than technology for its own sake, the key question today is what business benefits will a MAM provide? Establish clear objectives and decide what you want from the project, with guiding principles and an approach that is federated.”

Ioannou adds: “The days of the single, monolithic MAM platform are over, as is the idea of massive spending on MAM systems in these cost-conscious times. The good news is that these days you can improve benefits to users with some quick wins and with relatively low investment.”

With broadcast MAM implementations, the best way to effect change is to work with the business, creating a lot of engagement with the workforce to smooth the transformation.

“That’s because the scope of MAM can touch every point of the workflow,” says Ioannou. “The key is getting the workforce to buy into it without the specification becoming unwieldy. At the risk of sounding clichéd, that’s best done by identifying and involving the right stakeholders.”

Bertioli adds that from a service provider’s point of view, it’s not up to companies like Deluxe to decide what the toolset should look like. “Our priority is to identify the best-inbreed tools for processing engines, trans coding and orchestration, and to develop a common abstraction layer where these APIs can plug in.

“It’s all about getting multiple systems to talk to one another. By taking an enterprise service bus [ESB] approach, you can have just one interface per system, making it easier to replace one toolset with another.

“It’s impossible to have no code at all; it is more a case of low amounts of code. You need to have some coding ability around the ESB to integrate those tools more flexibly.”

Having a common abstraction layer that allows you to take away that overhead and plug in different toolsets is essential, insists Bertioli. He says that at Deluxe, the emphasis is on choreography rather than one orchestration tool driving everything. “

This can be inflexible in a world where flexibility is key, because the industry is always changing,” he says.

“At the moment, there is a lot of discussion about UHD or HDR, but what is certain is that formats and technologies will continue to evolve, so MAM systems have to be capable of evolving with it.”