BBC Studios and Post Production (S&PP) has upgraded a gallery at Television Centre so it can provide HD resources for BBC Sport’s current coverage of the Winter Olympic Games in Vancouver. 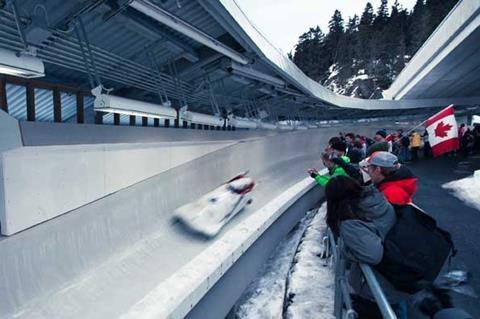 S&PP is providing full live commentary mixing, presentation, transmission and post-production services for live and highlights programming on BBC2 and BBC HD, as well as online, mobile and interactive services.

Studio Five Gallery Two at TV Centre is acting as the hub for the operation. It has been converted to HD with the addition of a new Sony 6000 mixer, multiple-fibre transmitters and receivers, and monitoring equipment.

Studio Five Gallery Two is receiving up to seven HD vision feeds from the International Broadcast Centre in Vancouver and the multiple sound feeds are being handled by its associated sub-mix areas, before being returned as packages to Siemens’ Central Circuit Area (CCA) for HD and SD distribution.

Danny Popkin, technical development manager at BBC S&PP, said: “All our HD studios and galleries were busy with existing commitments and as the Olympics is on air for a considerable period of time, it needed a dedicated facility.”