“If you have ever enjoyed a pint in a pub, this is a series you should be watching” 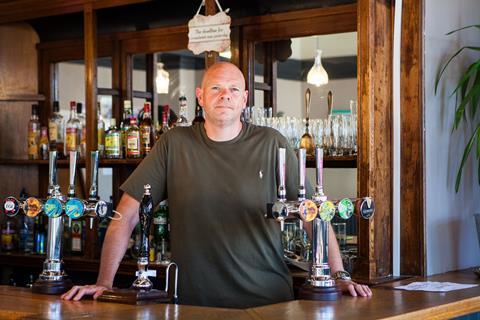 “I assumed that this would be a gentle jog-trot through a revamp of a tired old boozer or two. Instead, we got a much more dense and moving slice of life, contemporary business, British social history and a lot of other things in between. Overseen by Kerridge, a presenter as compassionate as he is experienced in the industry, it asks interesting and important questions about what we value and how we arrest the declines we see.”
Lucy Mangan, The Guardian

“As public-service TV it was valuable for explaining the universal challenges already faced by publicans. Suffice to say, as Kerridge lumbered between breweries and meetings with an ex-minister, the boo-hiss pubcos did not come out of this well. If you have ever enjoyed a pint in a pub, this is a series you should be watching.”
James Jackson, The Times

“The contributors’ honesty about their financial situation made this feel more real than many shows of a similar ilk. Kerridge was knowledgeable, sympathetic and full of constructive ideas, with none of the haranguing that can accompany shows of this type (Gordon Ramsay and Mary Portas, I’m looking at you).”
Anita Singh, The Telegraph

“England’s hostelries began to die out when they got ideas above their station and thought they could be restaurants, too. And Tom is part of the problem. Thankfully, Tom didn’t play at being Gordon Ramsay, marching in with sweary sneers to turn the business upside-down. Instead, he pointed out the obvious. Pubs, he concluded, can survive only if they serve as a living room for the neighbourhood.”
Christopher Stevens, Daily Mail

“The ‘ooh, aren’t I loveably useless?’ man-child routine wears thin at times. Not only is May a 57-year-old multi-millionaire (hardly a hapless undergraduate) but he can clearly cook a bit. Does he manage to pull off changing lanes from cars to cooking? Yes, he does. His irreverent, have-a-go approach might just inspire viewers, especially men, to get stuck in too.”
Michael Hogan, The Telegraph

The World’s Most Luxurious Prison, C5

“Anne Widdicombe was in two minds over Norway’s excellent record of reforming criminals and her innate disgust at mollycoddling murderers. But by the end of the hour, she still couldn’t explain her scepticism. As a journalist, Ann made a very good ballroom dancer.”
Christopher Stevens, Daily Mail