Up close and personal: The challenges of covering Biden’s Victory

Scoops: Covid-19 restrictions have challenged reporters looking to get under the skin of voters in the US election, but the emotion from both sides was plain to see, says Julian Druker 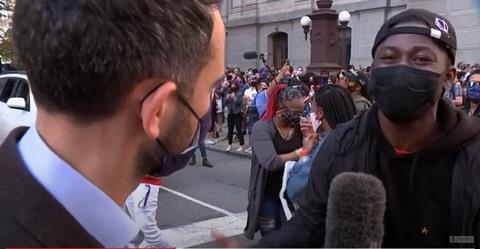 It is the instinct of any journalist to get amongst the crowds during a moment of disharmony – or in this case – harmony. But in 2020, it’s a non-starter.

How then to reflect the vibrancy and humanity of unfolding history, whilst being Covid-secure? Surely a mask and a microphone on a six-foot pole would only dampen the spontaneity?

Given the surprise outcome of America’s 2016 election, it would have been bold for anyone to confidently predict 2020’s final result, but there seemed to be one certainty: regardless of whichever septuagenarian triumphed, many security experts believed violence would follow on the streets thereafter, cooked-up by disgruntled supporters of the losing side. Standard fare in the hissing cauldron of a hysterical culture war.

It meant both the teams sent by 5 News to cover this significant vote had extensive safety briefings from ITN’s in-house security team. It followed weeks of planning led by specialist producer Christina Michaels and deputy news editor Amanda Nunn.

Then of course there was Covid to consider, and all the extra thinking all news teams – both international and domestic – now have to do on the road.

The US has thankfully been spared post-election violence in the fall-out from the big day. Indeed, in the immediate aftermath of the vote, pavements and public spaces were filled with a celebration of democracy, rather than any hostility towards it.

What was most striking on this assignment was not the electoral, but the epidemiological

On the streets of Philadelphia, cameraman Rui Costa, producer Vincent McAviney and I witnessed the exuberant, excitable Saturday lunchtime crowds that had vacated cafes and bars just moments after the US TV networks had declared Joe Biden the winner.

It was effectively the voters of Pennsylvania who had just pushed him over the line, crowning the 46th US president themselves.

The pandemic has of course changed everything, so even a seemingly innocuous mass gathering has to be viewed as potential ‘super-spreader’ event.

Unquestionably, the capturing of raw, emotive testimony on this and all news stories is now much more difficult, but this is one of the most extreme examples I’ve encountered. It was unsurprisingly, almost impossible to hear what anyone was saying, as the shouts and cheers filled the physical two metre gap between me and our interviewees.

Staring down our camera lens, one woman said: “I just hope that the door doesn’t hit you on the way out, Mr Trump!” At the time I could only make out the word ‘door’ and thought she was warning Rui about the cars soon to pass behind him.

Thankfully, what I couldn’t decipher, the microphone could. It just meant I had to wait several hours until our edit, for me to learn what they had actually reflected.

The emotion around Trump poured out. “We like to think we’re a multicultural, multi-ethnic city, and he’s tried to just ruin the culture here,” one man told me.

Within moments, the Philadelphians weren’t just dancing in the streets, but in the roads too. Here were people momentarily living their best lives, in a year where there has barely been any living at all.

This was the second US election I’ve covered, and for 5 News’ political editor Andy Bell, it was a fifth. Yet what was most striking on this assignment was not the electoral, but the epidemiological.

Donald Trump and his supporters seldom wore masks, waging war on ‘political correctness’. Indeed, I heard one health expert on NBC’s Today show compare this position to “the politicising of toilet paper”. On the fringes of a Biden rally in the city a week before, we witnessed one Trump backer deliberately cough and then laugh into the face of a female Democrat voter. 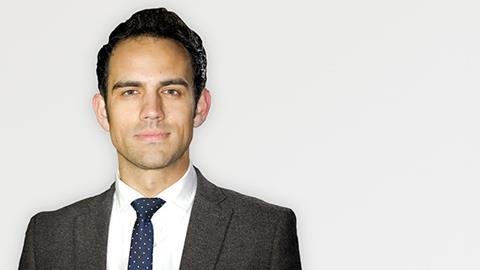 Such tensions may flare up again at the inauguration. But this was the day when Joe Biden sprinted to his acceptance podium, whilst Donald Trump was urged to jog-on.

Smiles in Philadelphia were covered up, but they were smiles, nonetheless.

Julian Druker is a 5 News correspondent