Search on for Best Places to Work in TV 2018 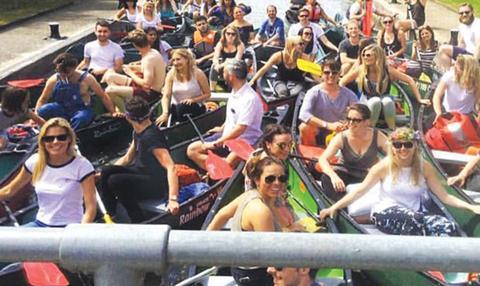 Broadcast’s Best Places to Work in TV is to return in 2018 to identify the leading employers in the sector.

The project, carried out in partnership with Best Companies Group, surveys both employers and staff to give a clear picture of how a company operates. The questions cover everything from leadership and planning to corporate culture, work environment, training and salaries.

Production companies, post-production firms, distributors and broadcasters are all eligible to enter. To qualify, companies must have a base in the UK, have been operating for a least a year and employ a minimum of 15 permanent staff.

Those operating under a parent holding company that meet these criteria will also be able to submit their own entries.

A special report will be published alongside Broadcast in January 2018 that will analyse the results and pick out the best performers.

Further copies, as well as detailed company-specific reports, will be available to buy from Best Companies Group.

Last year, GPs: Behind Closed Doors indie Knickerbockerglory TV was named best place to work thanks to a profit-sharing scheme and a major charitable push.

The firm, run by managing director Jonathan Stadlen, gives away a large percentage of its profi ts to all staff, including freelancers and runners, and also split £50,000 across five charities.

The Endemol Shine-owned indie, run by Mirella Breda, was lauded for its formal training schemes, while Dan Baldwin’s entertainment indie was praised for getting all staff involved in the development process, as well as free weekly yoga sessions and family friendly working hours.

Companies can enter via broadcastbestplacestoworkintv.co.uk and the deadline for entries is 21 July

The report is sponsored by Universal Production Music