“It was all as gorgeous, breath-taking, moving and harrowing as we have come to expect from this world-leading branch of the BBC.” 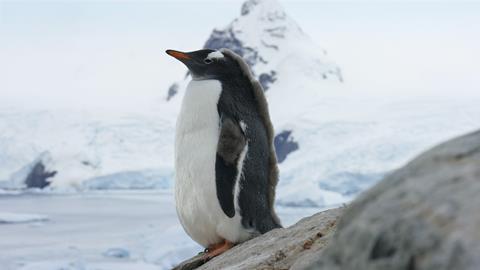 “It was all as gorgeous, breath-taking, moving and harrowing as we have come to expect from this world-leading branch of the BBC. There is nothing to criticise or cavil at here, unless you consider yourself to be on sufficiently high moral ground to whine that it and Attenborough could have started leveraging their power to highlight the environmental crisis some time before they did.”
Lucy Mangan, The Guardian

“It felt weightier and less environmentally finger-waggy than his recent Netflix series, Our Planet. The eco-message was still there but took a back seat to visual majesty. This was more in the vein of last year’s Dynasties: thrillingly wild and thematically strong.”
Michael Hogan, The Telegraph

“Note to producers: if the viewer likes the natural world enough to tune in to such a documentary, they don’t need their emotions manipulated by aural overload. They already care. Eardrum offences aside, this promises to be another truly great series.”
Carol Midgely, The Times

“Rest assured that Seven Worlds, One Planet will have your jaw dropping, your heart racing and your tear ducts welling once again. Attenborough’s narration was the perfect complement, as ever.”
Jeff Robson, The i

“It should have been obvious from the title pun, but at its worst, this does not so much offer a sympathetic look at its subjects as make them the punchline. It takes the narrative viewpoint of a befuddled grandparent, treating grime as a baffling new phenomenon and the language of grime as innately hilarious.”
Rebecca Nicholson, The Guardian

“There’s the genuine novelty here of seeing the power trio of Jennifer Aniston, Reese Witherspoon and Steve Carrell share the screen. Yet it’s flawed too and certainly lacks the obsessive polish synonymous with Apple’s high-end gadgets. At no point does The Morning Show feel entirely at ease in its skin.”
Ed Power, The Telegraph