“It certainly got the pulse racing, but it stretched credibility to the limit.” 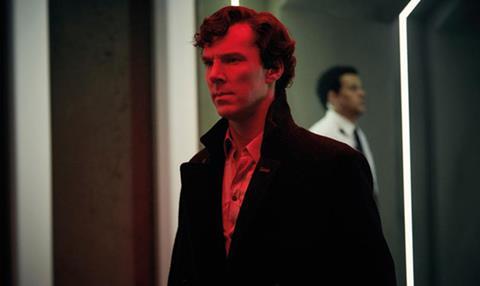 “The dazzling script delivered laughs, excitement and emotion. If this was the last-ever episode, which it surely won’t be, it worked well as a sign-off.”
Michael Hogan, The Telegraph

“The Final Problem was 90 minutes of big explosions, secret fortresses and ingenious deathtraps. It certainly got the pulse racing, but it stretched credibility to the limit.”
Jeff Robson, The i

“It’s still very good, but sometimes it felt as if someone had showered the scripts with expletives. Did they think the sight of men in top hats dropping the F-bomb into every third sentence would make things more shocking?”
Matt Baylis, Daily Express

“It’s stiflingly male and portentous as hell. Often it feels as though the whole thing is just a vessel to show off Tom Hardy’s talent. Yet I am enjoying it, even if I still don’t really know what’s going on.”
Sam Wollaston, The Guardian

“The plot unfurled at the stately pace of a swan gliding down the Isis as the young Morse’s grey cells whirred into action. Still, what it lacked in energy it made up for in its finer details.”
Michael Hogan, The Telegraph

“That’s the joy of Endeavour. You can let it wash over you in a warm blur, or you can watch again and again to peel away layers and expose fragments of clues. It’s just as fiendish as you want it to be.”
Christopher Stevens, Daily Mail

“Lev’s voice-over constantly threatens drama that it doesn’t deliver. If he weren’t so intent on looking macho, he would be better company, and this trek from Mexico to Colombia would be a more engaging journey.”
Christopher Stevens, Daily Mail

“Usuually one views such programmes slightly miffed that someone else is going there but glad to get a glimpse. In this case, you wished the presenter had gone somewhere else.”
Matt Baylis, Daily Express