Sick of It; Manson: The Lost Tapes; Press

“In the spirit of Pilkington’s unerring honesty: if you like Karl, you’ll love this” 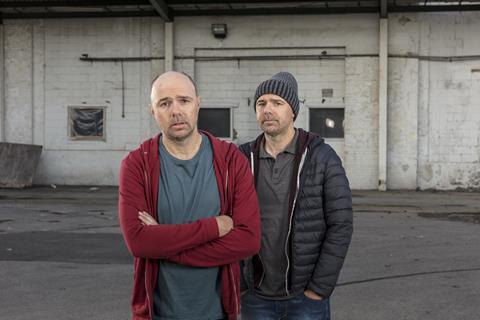 “There were, though it pains me to say it, few laugh-out-loud moments. What each episode of the opening double bill did have was a minutely worked plot that managed to encompass numerous Larry Sandersesque frustrations at the impossibility of imposing order and logic on human interactions and society, albeit in the far more British register of weary resignation than escalating fury.”
Lucy Mangan, The Guardian

“Though not every joke lands, Pilkington remains as effective a comedian with a script as without. The unflinchingly honest conversations between Inner and Outer Karl’s emotions also bring moments of poignancy as he delves into the details of his break up and contemplates lifelong infertility. In the spirit of Pilkington’s unerring honesty: if you like Karl, you’ll love this.”
Coran Elliott, The Telegraph

BEHIND THE SCENES: Sick of It

“Mostly I’m not keen on TV programmes that mythologise murderers. But Manson: The Lost Tapes had the distinction, to an extent, of keeping Charles Manson, a man who modestly called himself Jesus Christ, largely out of the picture.”
Carol Midgley, The Times

“The Lost Tapes was intriguing and coherent, focusing on those who followed him, and why. Using Hendrickson footage both seen and unseen, it offered an uncomfortable journey into cult indoctrination.”
Gabriel Tate, The Telegraph

“This compelling documentary, the first of two, gave a unique insight into how a psychotic control freak could take possession of vulnerable people through hallucinogenic drugs and sexual abuse, and manipulate them for the rest of their lives. This was a nightmare from which there was no waking up.”
Christopher Stevens, Daily Mail

“The latest instalment in ITV’s Crime And Punishment season is one of the most chilling hours of television I’ve watched in goodness knows how long. There’s a second instalment of this programme at the same time next week. I’ll give that a miss if you don’t mind.”
Mike Ward, Daily Express

“I have a growing Press addiction. I am loving it, although some of it is so daft I’m not even sure why. Actually yes, I am — it’s Ben Chaplin who, as the tabloid editor Duncan Allen, electrifies every scene he is in with joyous reptilian charisma.”
Carol Midgley, The Times