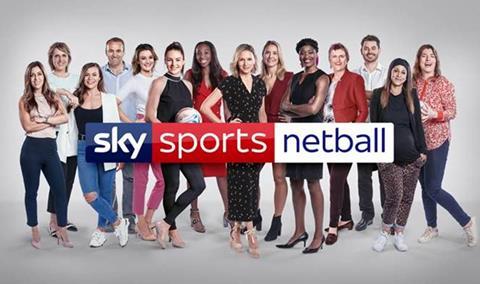 Sky Sports has unveiled the full line-up for its coverage of the 2019 Vitality Netball World Cup, with the addition of former England captain Ama Agbeze and two-time Netball World Cup winner Sharni Layton.

Agbeze and Layton will offer analysis for Sky’s coverage of the World Cup from Liverpool from 12 July.

All 60 matches will air live on Sky Sports’ dedicated channel, Sky Sports Netball, or be streamed on the Sky Sports YouTube channel.

Agbeze has won more than 100 caps for England, captaining the team to Commonwealth Gold in 2018. Earlier this month Agbeze was awarded an MBE in the Queen’s Birthday Honours list for her services to Netball.

Former Australian international Layton has twice won at the World Cup, in Singapore in 2011 and in Australia in 2015, while also picking up a Commonwealth Gold in Glasgow in 2014.

Georgina Faulkner, Sky Sports head of multisport, said: “The Vitality Netball World Cup is a stand out moment in an incredible summer of women’s sport, and we’re excited to have such an incredible team in place to bring fans every twist and turn of the competition.”