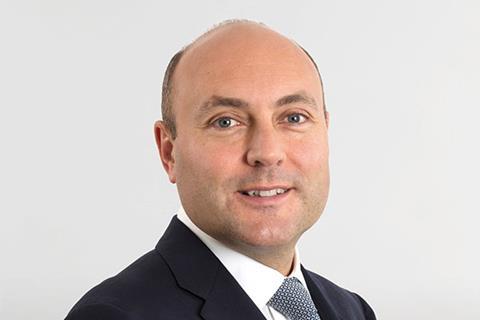 Griffith’s role as senior business adviser is one of Johnson’s first to be revealed since his election at 12pm today.

Griffith has been at Sky for 20 years, rising to chief financial officer in 2008 and subsequently chief operating officer, and had been tipped as a potential future chief executive.

He was also involved in 21st Century Fox’s attempted takeover bid for Sky, later picking up around £17m from Comcast’s successful acquisition of the broadcaster last year.

The former Conservative candidate for Corby, who lost to Labour in both 2001 and 2005, Griffith has made no secret of his support for Johnson, lending the PM’s team his £9.5m Westminster townhouse during the leadership campaign.

Based at Johnson’s office in 10 Downing Street, former Rothschild investment banker Griffith will be tasked with assembling a business-focused team and building stronger relationships between government and companies/industry groups.

In a statement, Sky chief executive Jeremy Darroch paid tribute to Griffith’s “fundamental role” in Sky’s achievements over the past two decades, including growing its customer base from 3 million to more than 24 million across Europe and moving into broadband and mobile.

“Whilst Andrew will be missed, he leaves behind a business that is performing well, has an ambitious set of growth plans and a strong team of colleagues,” Darroch added.

In the interim, Karl Holmes takes on operations duties and Simon Robson will oversee finance.