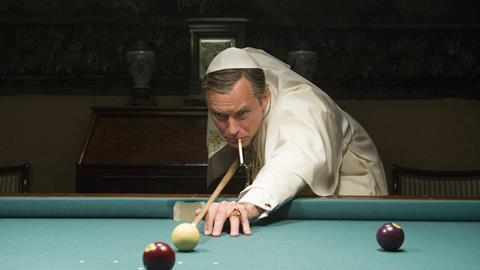 Sky Studios is partnering with new Fremantle’s new Italian label The Apartment to create high-end drama for the international market.

Under the multi-year agreement, The Apartment will develop a minimum of three series, via funding from Sky Studios.

The Comcast-owned broadcaster has made a commitment to produce at least one of the projects under the deal, but have not given a fixed number of how many productions will emerge.

The Fremantle label, which was set up in December, is led by veteran drama producer Lorenzo Mieli the co-founder of sibling label Wildside, which produced HBO and Sky series The Young Pope and My Brilliant Friend.

Although investment figures were not disclosed, Broadcast understands the partnership aims to create dramas on the scale and ambition of The Young Pope, which cost an estimated $45m (£34.7m). Investment will vary project to project – and Sky Studios will scale up or down as appropriate.

The deal will initially cultivate series for use within Sky Studios’ European ecosystem – spanning Sky Italia, Sky Deutschland and the UK and Ireland arm. Emphasis will go on producing “high-end global drama with a uniquely European sensibility” that can ultimately be sold internationally.

Sky would have a first window of exclusivity in its territories for projects created under the partnership before the shows are taken out for international distribution.

Discussions are ongoing as to who will handle international distribution outside of Sky territories, with NBCUniversal Global Distribution and Fremantle understood to be flexible over the rights.

Despite The Apartment’s Italian base, it is understood that the UK operations of Sky Studios could commission the label for UK-led productions, akin to the international co-production model arranged for The New Pope.

“Over the past few years, we have developed a strong creative partnership with Lorenzo Mieli and the time is now right for both The Apartment and Sky Studios to take our creative ambition to the next level,” said Gary Davey, chief executive of Sky Studios.

“Lorenzo has a proven track record in bringing viewers sophisticated, international drama, working with world-class talent on both sides of the camera.”

“Signing this contract is a beautiful way to seal a long-standing and much-valued professional relationship between myself, Gary Davey and Sky – years of work with a company and with people who have an enlightened and enlightening vision of our sector,” said Mieli.

“Together we turned the idea of producing high quality international series from Europe into a concrete reality, creating a new scenario in a constantly evolving market.”

Sky Studios has been beefing up its presence in the global TV landscape in a bid to become a leading US-style studio. In the UK alone, the producer-commissioner has struck numerous partnership deals with the likes of Merman TV and Agatha Raisin producer Free@ Last TV, and further M&A activity is understood to be on the cards.