Sleeping with the Far Right; Flack; Fred and Rose West 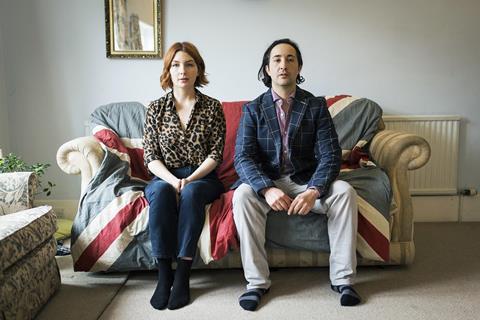 Sleeping with the Far Right, Channel 4

“Who is Jack Sen and why should we care about him? Neither question was answered by Alice Levine’s well-meaning but misconceived documentary. Levine was game, but I couldn’t help wondering what Louis Theroux would have made of him, in the unlikely event of him thinking that this hypocritical oddball was worth any airtime at all.”
Gabriel Tate, The Times

“Alice was so far out of her depth that it was all she could do to stay afloat. We learned nothing except that, if you find slimy things living under a stone, it’s better not to crawl in there with them.”
Christopher Stevens, Daily Mail

“In not giving in to the fear that giving airtime to such attitudes is to condone them, Levine and the makers produced a good and valuable programme, in terrible, terrible times.”
Lucy Mangan, The Guardian

“The high-functioning screw-up is a familiar trope, yet Flack exploded on to the screen with such confidence and brio that resistance proved useless. The series creator, Oliver Lansley had a note-perfect cast to bring his sizzling dialogue to life.”
Gabriel Tate, The Times

“The promised revelations amounted to little more than informed speculation by assembled pathologists, criminologists and experts. And anyway, who cares? McDonald was as sober and measured as always, but I couldn’t help feeling this sort of ghoulish true-crime tosh seems a disheartening way for such a distinguished career to fade out.”
Gabriel Tate, The Telegraph