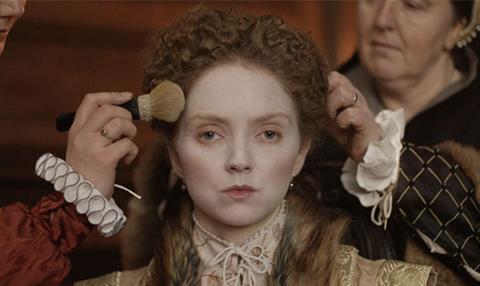 Nat Geo and Discovery are going head-to-head by prioritising scale for specialist factual projects, while the BBC and Channel 5 are taking very different approaches to docu-drama.

C5 is building on the success of its three-part history series Elizabeth I by hunting more hybrid commissions.

The Oxford Film and TV series picked up a consolidated average of 1.3m (5.5%) across in a 9pm Tuesday slot last month.

“That was really significant for us,” Willis said.

The success of the series prompted Willis to commission eight-part docu-drama series Rome which she described as “a supersized version of Elizabeth.”

“This interesting melding of drama and factual is something C5 is really excited about,” she said. “There are some areas that resonate with young people in this time of box sets and obsession with drama, and this seems to be working with our audience.”

However, BBC head of natural history and specialist factual commissioning Tom McDonald said the corporation is steering away from docu-drama, describing it as “quite messy.”

“There is so much incredibly well-resourced drama out there that I’m not especially interested in making low cost scripted. The audience know it’s cheap,” he said.

Instead, BBC’s specialist factual output is concentrating on the power of “factual storytelling.”

“I’m very aware of the power of testimony from people who have witnessed things,” he said. “I’m more interested in how we tell 20th century stories with living people and using testimony to bring those stories to life.”

He added the success of Planet Earth II had proved that specialist factual “has the ability to bring the nation together.”

“There was a belief that specialist factual had to disguise itself and borrow the clothes of other genres. Planet Earth II proves you don’t need to do that,” he said.

“It’s given us the confidence that we can reach the biggest audiences in the UK,” he added.

While he reassured indies that he “doesn’t want everything in the schedule to look like Planet Earth II,” he warned them against pitching him short run series which have saturated the channel.

“There is a habit at the BBC to commission lots of three-part series and there are lots of reasons why I don’t think that’s the right thing to do,” he said. “They slide off the eyeballs and become hard to distinguish between.”

National Geographic’s Hamish Mykura and Discovery Networks International’s Ed Sayer were united in their visions of ambition and scale.

He added that specialist factual subjects “really lend themselves to a big scale approach” but reassured indies that “the biggest companies don’t necessarily generate the best ideas.”

Similarly, Sayer said Discovery International is “in the business of telling the biggest global stories of our time.”

“Specialist factual is about taking sometimes niche subjects to a bigger populist audience,” he said. “It’s not just about a different way into Rome or wherever. It’s about seeking out those bigger wider stories.”

He pointed to the channel’s upcoming film Mosquito- an in-depth look at the increasing threat mosquitos pose around the world.

“For me it’s about the biggest stories and questions that we need to answer,” he added.