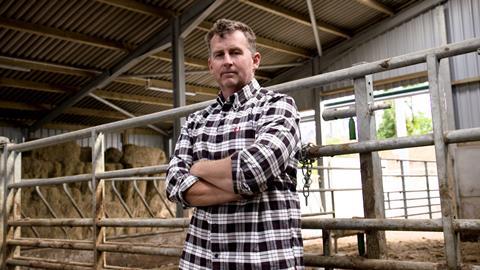 ‘Brilliant, original, creative content that leaves you smiling every time. Enjoyable even for people who aren’t rugby mad’

Produced by Whisper for governing sports body World Rugby, the light-hearted show is filmed on Owens’ farm in west Wales and features the outspoken former ref sharing his expert opinion on recent events in rugby, answering questions from the audience and interviewing guests, often while sat on a bale of hay.

Launched in February 2021, new episodes of around 10 minutes each are published on Tuesday evenings and watched across YouTube, Facebook and Instagram. The series runs in tandem with the biggest rugby tournaments in the international calendar, from the Six Nations and Lions Tour to the Rugby Championship.

One episode during the controversial Lions Tour in August 2021 generated more than 4 million views.

To break up the more complex rugby discussion, the show also includes light-hearted features such as ‘Ask Nigel’, in which the audience is invited to pose any question to Owens – rugby-related or otherwise.

“It has a fresh and fun approach that will delight fans and others,” said one judge. “Brilliant, original, creative content that leaves you smiling every time,” added another. “Enjoyable and highly engaging, even for people who aren’t rugby mad.”

The Ultimate Test for The British & Irish Lions
Whisper Cymru