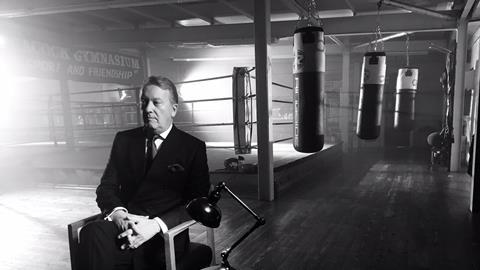 Sports Documentary of the Year: Make It or Die Trying - The Frank Warren Story

‘It just had so much pace and was packed with character, story and purpose’

The colourful life of boxing promoter Frank Warren provides all the ingredients for a thrilling documentary that packs as hard a punch as any heavyweight champion.

Directed by Daryl Goodrich for BT Sport, the film explores the life of a man who has gone toe-to-toe with the taxman, a gunman and a raging Mike Tyson during his storied career.

Warren fought legendary US promoter Don King in a £7m lawsuit (and lost), would have been on the flight that exploded over Lockerbie had he made it to the airport on time, and was left close to death after being shot by a would-be assassin.

Recounting his life, the film-makers set out to make a feature worthy of the big screen in a style that combines stories of his current crop of fighters with his own history – going back and forth in time to avoid simply being a linear tread through the years.

“This documentary felt like a fighter playing the crowd, ducking and diving to hold you for the distance, which many feature documentaries do not,” said one of our judges. “It just had so much pace and was packed with character, story and purpose.”

“Great archive footage and the boxing sequences provide the action and the colour,” said another judge. “An insightful, absorbing story of a colourful character.”

Terry Venables: A Man Can Dream
Up & Away Film Entertainment for Sky Documentaries