TV Critics: Spying on the Royals; Line of Duty

This was explosive stuff, backed up by documents from the National Archives whose very existence was denied for decades. 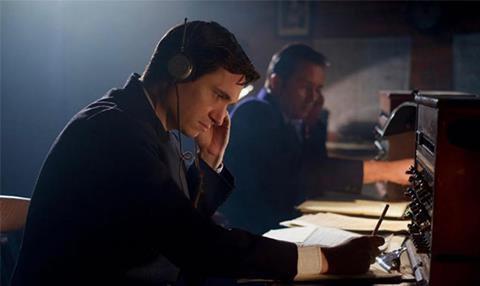 Spying on the Royals, Channel 4

This documentary doesn’t have a lot to work with visually. A couple of intelligence historians sifting through documents at the National Archive; a dossier or a letter panned slowly over, a photograph, made flickery in an attempt to bring it to life; a bit of actual footage; some inevitable reconstruction filler. But there are so many brilliant details and revelations, such as Mr Robertson in the park, that you hardly notice how bad it looks.
Sam Wollaston, The Guardian

Nobody really expects MI5 and MI6 to tell the truth, do they? Isn’t fibbing and covering-up and so on all part of the job, provided it concerns the defence of the realm? The surprising thing about the hour that followed was how solid a case the intelligence types had during the Abdication Crisis of 1936.
Matt Baylis, Daily Express

The story told by the director Paul Elston with commentary from the academics Richard Aldrich and Rory Cormac was quite delicious.
Andrew Billen, The Times

This was explosive stuff, backed up by documents from the National Archives whose very existence was denied for decades. But the programme lacked depth of analysis.
Christopher Stevens, Daily Mail

[Thandie] Newton is giving the performance of her career as she chicanes round Operation Trapdoor’s many sinkholes while coolly requesting to be addressed in gender-neutral language.
Jasper Rees, Daily Telegraph

How wonderful to have a character in a drama whose memory, in a moment or stress, fails her and who confuses 16 with 60! It is such moments of low-level human frailty that make Jed Mercurio’s writing, for all its current excesses, so credible.
Andrew Billen, The Times

A brilliant episode, with one bad line. “Might as well be seeing me running around with one of Pan’s People,” Hastings tell Arnott, about why he won’t be having a drink with Fleming. It’s supposed to show their generational differences, but it jarred.
Sam Wollaston, The Guardian