“SS-GB was bold, brave and largely carried by the excellent Sam Riley, who is surely the coolest Fedora-hat-wearer since Humphrey Bogart.” 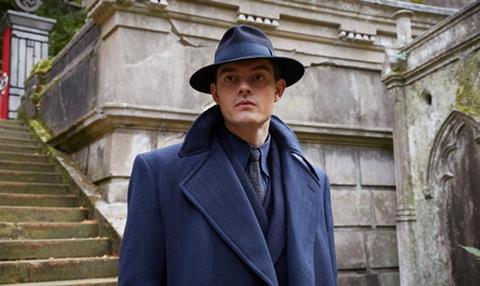 “A terrifically engaging thriller, but it’s marred by dialogue that is sometimes inaudible and, when audible, often hackneyed thriller speak. No matter. I’m intrigued enough by the drama’s many riddles to stick with it.”
Stuart Jeffries, The Guardian

“If you were looking for unoriginal premises for a thriller, a Second World War won by Germany would be up there. However, as Robert Harris proved with Fatherland, it is what you do with the premise that matters. If this adaptation is any indication, Len Deighton in his 1978 novel, did quite a lot.”
Andrew Billen, The Times

“SS-GB looks and sounds a lot more convincing than Close to the Enemy, the last BBC drama to visit London in the Forties. Director Philipp Kadelbach has a feel for barren morgues and echoing corridors, and has meticulously filtered almost all the cheerful hues out of stately London. This is a black and white film in brown, khaki and Nazi scarlet.”
Jasper Rees, The Telegraph

“Shot in the manner of film noir, SS-GB was slick and atmospheric. Yet, at times, it felt as though substance was being sacrificed for style. That said, SS-GB was bold, brave and largely carried by the excellent Sam Riley, who is surely the coolest Fedora-hat-wearer since Humphrey Bogart.”
Claudia Connell, Daily Mail

“Some hackneyed dialogue aside, SS-GB sets up a compelling mystery in its opening episode. Now that this parallel world has been established, there’s potential here for another gripping drama from the BBC.”
Nick Mitchell, The i

“Last night’s episode was a fanfare for a show with promise. A script by James Bond screenwriters, an atmosphere of murk and shadows only partly down to the London fog. A classic wartime thriller but by no means stuck in one time.”
Matt Baylis, Daily Express

“Simon Blakeney’s film was beautiful to watch, and sometimes stunning. Yet the general effect was distancing, the annual rhythms reduced to blinks of a divine eye, people to archetypes or pinpricks. Could we have it again, please, in the two-hour director’s cut?”
Andrew Billen, The Times

“Enchanting and uplifting, you could almost smell the fresh air coming through the TV screen.”
Claudia Connell, Daily Mail