Provide all of the visual effects for a 10 x 60-minute drama about a down-on-his-luck cop whose chance encounter with a mysterious woman and an ancient bracelet allows him to control his fortune. 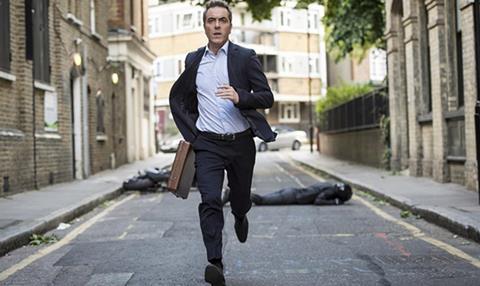 Brief Provide all of the visual effects for a 10 x 60-minute drama about down-on-his-luck cop DI Clayton whose chance encounter with a mysterious woman and an ancient bracelet allows him to control his fortune.

How it was done

The Farm’s Sonny Sheridan graded the series with the Nucoda Film Master, casting a steely blue/green atmosphere across the series, as the viewer sees London as never before. This stylised look gave a vibrancy to the heightened reality of the series, reflecting DI Clayton’s life on the edge.

All post at The Farm was supervised by Portia Napier.

Using Autodesk Flame and Smoke, The Flying Colour Company (TFCC) completed a variety of shots including a body landing on a black cab, shots in a morgue, various computer and security camera screen shots, as well as a speedboat chase and crash, and several clean-ups. The producers wanted the show to have a distinctive ‘punchy contrasty’ look.

This was an important consideration throughout the work. In total, more than 270 shots were completed. TFCC also provided on-set VFX supervision during the shoot through creative director Dominic Thomson.

Watch it Fridays on Sky One