“A nigh-on perfect finale to a very flawed series.” 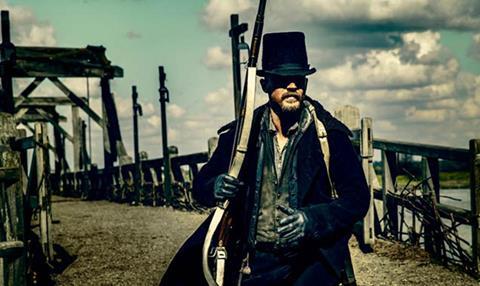 “This was a nigh-on perfect finale to a very flawed series. The absurdity of much of what happened was more than countered by the excitement it generated.”
Gabriel Tate, The Telegraph

“There has not been such a blissful collective display of character acting for a while: the best supporting actor gong goes to the lot of them. It was also, however, portentous, pretentious, preposterous and predicated on the audience loving rather than loathing Tom Hardy as Delaney.”
Andrew Billen, The Times

“Having offered up eight episodes of consistently excellent TV drama, Taboo’s first series drew to a close with an action-packed climax. By leaving it open for a second season, however, the creators delivered slightly mixed feelings. A definitive, self-contained conclusion might have been more fitting.”
Mark Butler, The i

“The second SS-GB was still guilty of moments of inaudibility, especially in the big dance scene. The greater problem was that the plot seemed to be grinding down rather than stepping up. The one really decent scene, a meeting of the top-level British resistance in a very grand corridor of power, was still all exposition.”
Andrew Billen, The Times

“Robert Wade and Neil Purvis’s adaptation of SS-GB is simmering nicely. The murder plot is a labyrinth requiring all your attention. But there’s plenty of production design to admire too. Every detail has been lovingly crafted, down to the occult iconography that obsesses Himmler.”
Jasper Rees, The Telegraph

“How the big cheeses at the station must have congratulated themselves on signing up the Grand Inquisitor and how they must have been squirming last week as it was revealed he’s just left his long-term partner for a younger lady friend. Anyone who tuned in on the back of that publicity to see how Jezza was getting on would have found themselves amply rewarded.”
Virginia Blackburn, Daily Express

“He dives not into the river itself, but into the world of Sir Walter Scott, whose stories were much inspired by visits to his grandparents’ place by the river. What the Tweed may lack in geography it makes up for in history, conflict, literature, mythology and song.”
Sam Wollaston, The Guardian

“Let It Shine: Live Final was salvaged from damp squib status by guest judge Peter Kay. Kay brought much-needed anarchic chaos to what would otherwise have been a flat live final.”
Michael Hogan, The Telegraph