TV Critics: Taxi of Mum and Dad; How to Make Your Marriage Work; The Brighton Police

“One-note, superficial television that meandered without purpose or urgency from one piece of inconsequential chit-chat to another.” 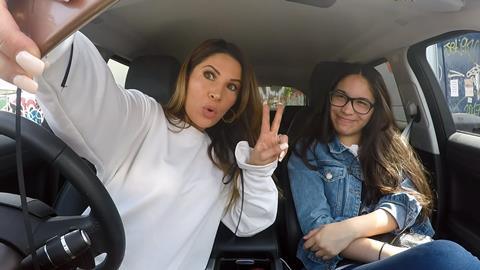 “The idea was simple. The result was highly entertaining. All in all, a joy from start to finish.”
Gerard O’Donovan, The Telegraph

“One-note, superficial television that meandered without purpose or urgency from one piece of inconsequential chit-chat to another. Not a car crash, but no series-in waiting, either.”
Gabriel Tate, The Times

“It was all painfully over-rehearsed, and punctuated with deafening bursts of pop music. The hum of road noise made it difficult to hear the conversations, though that hardly mattered — teenagers don’t make great conversationalists. You’d hear more interesting chatter at the bus stop.”
Christopher Stevens, Daily Mail

“Discreet as the cameras are on Taxi Of Mum And Dad, it’s impossible to watch this in-car, fly-on-the-wall, inter-generational-conflict show without wondering if everyone isn’t mugging it up a bit. I’m sure none of these people were pretending but I’m equally sure they were doing what they were doing because they knew someone was watching them doing it.”
Matt Baylis, Daily Express

How to Make Your Marriage Work, C4

“There was much to be said for the quiet craftsmanship of the director Philippa Robinson. This show spliced humour and melancholy with well-judged narrative arcs that felt organic rather than manipulated. A decent idea, well executed.”
Gabriel Tate, The Times

“Just point a camera at a group of ordinary people and let them unfold their lives before you. You will get drama, truth and laughter at every turn. So it was with How to Make Your Marriage Work.”
Lucy Mangan, The Guardian

“The Brighton Police was another simple and deeply satisfying proposition. Point the camera at the detective squad in a police force for umpty-million hours and ruthlessly edit the results down to an hour of caught baddies and triumphant goodies. In today’s world, it is like meat to a starving soul.”
Lucy Mangan, The Guardian

“Because the investigations were so unglamorous, this was depressing and seedy stuff.”
Christopher Stevens, Daily Mail