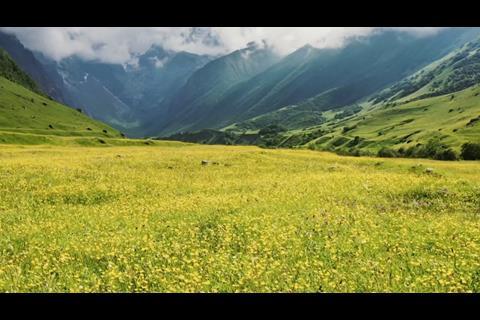 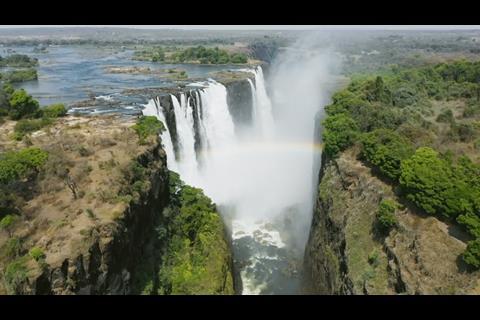 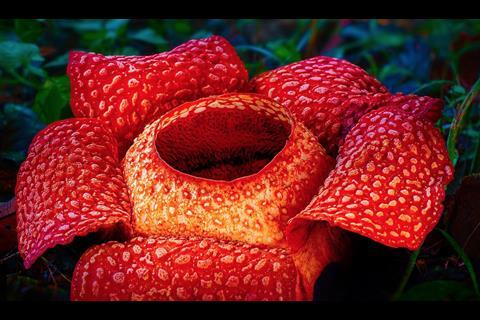 For The Green Planet we wanted to find new ways to film plants, both in timelapse, and in real-time, from the scale of the landscape right down to subjects of stunning beauty just fractions of a millimetre in size.

In other areas of filming-making, technological developments over the years have allowed us to move the camera in ever more ambitious ways, to create dramatic tracking and aerial shots. Timelapse filming technology, on the other hand, has developed very little. The Green Planet team’s ambition was to build and pioneer new technology that could allow our cameras to fly into the plant’s world, while filming in timelapse. This would allow us to see the world on their timescale and from their perspective, and reveal that plants act more like animals than we previously thought.

We discovered that an ex-military engineer in the USA had spent a decade building robotics rigs in his basement as a hobby. He had created systems to allow the camera to move freely around a plant, while filming it in timelapse. We formed a partnership with him for The Green Planet. First, he built robotics rigs for us that he installed in the UK studio of the world’s leading plant timelapse photographer, Tim Shepherd. Then he designed completely new rigs that we could take into the field, to allow the camera to travel into the plant’s world and film in timelapse in all sorts of environments, from desert to jungle. Finally, he designed a miniature version of this system to allow us to film the wonderful detail of the plant world. With these rigs we were able to take the viewer into the plant’s world, and capture the extraordinary dynamism of their behaviour, from huge battles for space in a Brazilian wetland to the hunting behaviour of a parasitic plant on an English riverbank.

We took drones to many remote plant habitats around the world, to capture beautiful and dramatic landscapes. But here again we wanted to find a new way to capture aerial footage, that would immerse the viewer in the plant world in a way that has not been possible before. To do this we teamed up with pilots who fly ‘First Person View’ drones. These are miniature drones, also called stunt drones, that are flown using a headset, which allows the operator to see the viewpoint of the drone, as if they were somehow on-board the drone itself. A highly skilled pilot can perform remarkable feats of flying, whether its acrobatics, or flying through tiny gaps or navigating the drone through a complex obstacle course. The skills of these pilots turned out to be perfectly suited to flying their drones through the complex world of plants. They were able to capture unique and dynamic views of different plant worlds; skimming over forest floors, flying through tangles of branches and spinning around a tumbling waterfall.

We also wanted to find new ways to film plants in close up and capture the beauty hidden on a miniature scale - from the textures of a cactus spine, to the microscopic breathing holes on every leaf surface to the pollen sticking to the reproductive parts inside a flower. Once again the key was to find ways to keep the camera on the move, even at this scale. Scanning Electron Microscopy (SEM) produces ultra-high-resolution, still images for scientific study. However we worked with an expert in Germany, who has designed a remarkable system incorporating multiple axes, that allows him to capture not just video images in SEM, but to effectively fly the camera around subjects of fractions of millimetres.

We also worked with a remarkable microscope, this one using light, not electrons, to create the image. It allowed us to zoom in from a wide shot to a huge close up, in a single shot, holding focus all the way, while also moving around the subject. This system provided some startling imagery for the series and, like the scanning electron microscope, allowed us to continue the imagery of flying into the world of plants right down to an extraordinarily small scale. 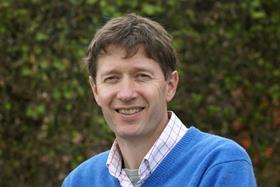 Rupert Barrington is series producer on The Green Planet