The Apprentice; Who Do You Think You Are?; Vienna: Empire, Dynasty and Dream; The Young Pope

There was no honour for the last five applicants in reaching the semi-finals, given the calibre of the clowns who have dropped out. 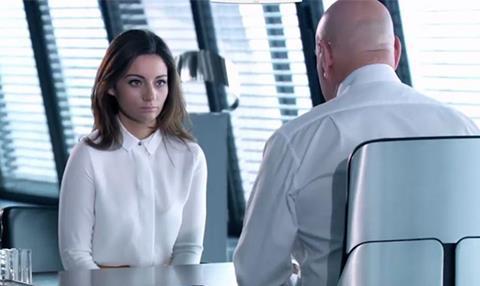 In clear contravention of the BBC code on bullying and harassment, [Claude] Littner decided to beat some charisma into Courtney, the nice-looking bloke who has difficulty fully closing his mouth.
Andrew Billen, The Times

This penultimate episode, the formerly terror-inducing, cold-sweat lathering “interview round”, was a disappointingly bloodless affair.
Gerard O’Donovan, The Telegraph

There was no honour for the last five applicants in reaching the semi-finals, given the calibre of the clowns who have dropped out.
Christopher Stevens, Daily Mail

“Before I set off on this journey, I always had a great sense of the North-East, and an instinct that I was rootedly from there,” said Cheryl in conclusion. Which is pretty much what she’d said at the outset.
Gerard O’Donovan, The Telegraph

There were moments of either faux or worrying ignorance (“what’s a charwoman?”), and no huge surprises.
Andrew Billen, The Times

The visuals consist mainly of various frilly, gilded show-homes in the Baroque and Rococo style and the effect, after two episodes, is like being trapped on a merry-go-round. It’s a case of the images getting in the way of the stories, which are dark, weird and the very opposite of all those blinged-up interiors.

The Young Pope was stunning, thoughtful and dreamlike, and even though key players have been strategically shifted to dioceses around the globe, its well-earned second series can’t come soon enough.
Rebecca Nicholson, The Guardian