“There was much to admire here. It was absorbingly paced and slickly produced. However, the format also had its flaws.” 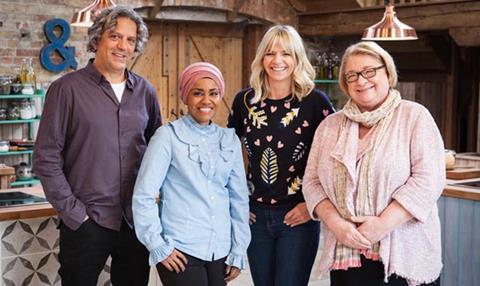 “There was much to admire here. It was absorbingly paced and slickly produced, while the family dynamic lent instant warmth to the contestants’ interactions. However, the format also had its flaws. Most of all, it felt formulaic.”
Michael Hogan, The Telegraph

“It will be hard to build connections and root for particular competitors as you could with GBBO, but the days when I could make that kind of emotional investment have passed anyway. I’m happy just to see happy families. It will be lovely to watch lovely people cook lovely things as the missiles rain down and the world burns to ashes.”
Lucy Mangan, The Guardian

“The stop-start pattern means the Cooking Showdown will struggle to become compulsive viewing. But it’s great to see cooking back on BBC2.”
Christopher Stevens, Daily Mail

“Unfortunately, The Big Family Cooking Showdown lacked the key ingredients that made Bake Off such a smash hit. Cooking Showdown is just another unremarkable competitive cookery show.”
Joe Clay, The Times

“No cooking show can cut the mustard without one of two essential ingredients. It either has to show us the recipes or the money. MasterChef and Bake Off winners get jobs, restaurants, book deals. Win the Big Family Cooking Showdown and you get what exactly?”
Matt Baylis, Daily Express

“Quacks presented the philosophical question: if it is billed as a comedy-drama, punctuated like a comedy-drama but doesn’t make you laugh, is it still a comedy-drama? It had absolutely wonderful performances. But no laughs.”
Lucy Mangan, The Guardian

“There were shades of Blackadder, as creator James Wood got the balance just right between intelligent writing and gratifying silliness.”
Joe Clay, The Times

“A strong cast struggled heroically with the puerile humour, which involved jokes about leaking sperm and ‘women’s problems’. Sitcoms set in the past – even the deliciously OTT Blackadder – often struggle to rise above undergraduate level, and such was the case here.”
Ben Lawrence, The Telegraph