“Malone was fitfully succeeding by the end of last night, but with fights breaking out and potential recruits relapsing you do feel this one is mission impossible” 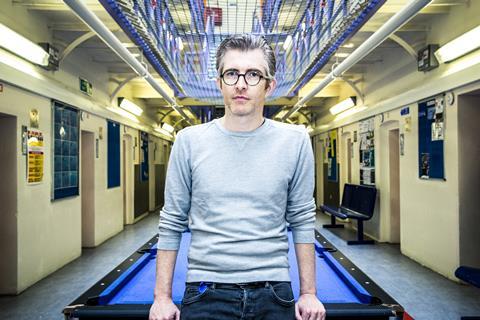 “Much respect to Gareth Malone for trying, but attempting to apply The Choir’s feelgood formula to a prison felt as if it was reaching too far.”
Anita Singh, The Telegraph

“All incarnations of The Choir have some low moments, which serve to make the ending more uplifting. Prison, however, is not designed for uplift; every story is heartbreaking. Everybody inside is frightened, depressed and potentially dangerous. One on one, however, they are soft-spoken, insightful and incredibly polite.”
Tim Dowling, The Guardian

“The Choir: Aylesbury Prison is his toughest test yet — after nine series of a format, where do you go but more extreme? — and he soon showed some no-nonsense mettle. This took some pluck. Malone was fitfully succeeding by the end of last night, but with fights breaking out and potential recruits relapsing (as Lewis did) you do feel this one is mission impossible.”
James Jackson, The Times

“With the fullest respect to the North, Portillo’s journey here felt a bit daytime TV compared with his exotic rail tours of India or Australia. Apart from a winning trip to a (sadly) sparsely attended dog track, where he leapt about in over-the-top joy when his hound won, Portillo also seemed a touch dialled down. Is he suffering a bit of travel fatigue?”
James Jackson, The Times

“Father Brown, the bucolic 1950s murder mystery, returned to afternoon telly for an eighth series and barely bothered with a crime. The show is so certain of its fans that there was no body in the belltower, no corpse in the cloisters for Mark Williams as the sleuthing priest to discover. All that occurred was a little light blackmail.”
Christopher Stevens, Daily Mail