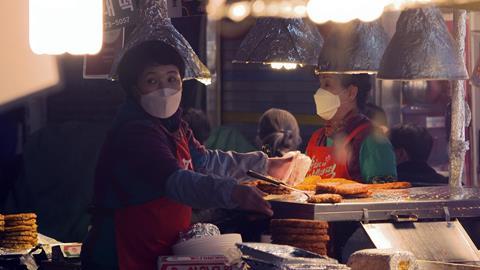 The Country That Beat the Virus: What Britain Can Learn?, Channel 4

“The programme’s format was simple yet effective, taking us painstakingly through two chronologies. The first was in South Korea and one here in Britain. Krishnan Guru-Murthy interviewed (via video) various public health experts and journalists from the UK and South Korea, and policymaking scientists and frontline doctors from the latter. The difference between the two responses was breathtaking, damning and humiliating. Once both nations were infected, the programme interwove the two timelines and largely left them to comment on each other. The effect was unedifying.”
Lucy Mangan, The Guardian

“This meticulous documentary compared how in the early days of the virus, while Boris Johnson talked of herd immunity and continued shaking hands, South Korea’s take-no-prisoners approach meant that the country avoided lockdown and kept its economy thriving while suffering fewer than 260 deaths. The conclusion that this film led us to was that the British government had been slow and complacent, doing too little, too late.”
Carol Midgley, The Times

“Has South Korea beaten the virus? Who can say what the situation will be a month, or six months from now? The documentary’s title felt a little presumptuous. “Would tens of thousands of lives have been saved if we’d done the same?” the programme asked in reference to South Korea’s twin policies of contact tracing and mass testing. That seems like a question for a lengthy public inquiry when this crisis has played out. But it was well put-together and gave you something to chew on.”
Anita Singh, The Telegraph

“Guru-Murthy never explicitly condemned the UK government. He didn’t need to. It was enough to contrast the information coming out of South Korea with footage of Boris Johnson speaking at various stages over the past few weeks. This was damning stuff from Channel 4.”
Rupert Hawksley, The i

“Worsley is always good value and writes jolly scripts, balancing historical fact and entertainment. Even the signature dressing up feels slightly less irritating these days; maybe we are just immune to it now and she does seem to enjoy it so very much. She trotted us through Victoria and Albert’s skilful use of the photograph and covered Cecil Beaton, Studio Lisa and Antony Armstrong-Jones before comparing the Duchess of Cambridge to Queen Alexandra. Amazingly, only a few minutes were spent on Diana, Princess of Wales, who knew more about how to harness the power of the camera than all the royals put together, then doubled.”
Carol Midgley, The Times

“Worsley is a clever historian who delivers her information in the style of a children’s television presenter, and you either find this endearing or annoying. I swing between the two. Her thesis here was a stretch: “It is by harnessing the power of photography that the British monarchy has survived.” Is that really what it’s down to? But Worsley knows how to package information into an engaging hour of television, and this one flew by.”
Anita Singh, The Telegraph

“Worsley covered an impressive amount of ground, leaping from century to century. There were plenty of tasty morsels to chew on. But you don’t watch Lucy Worsley for a humdrum history lesson. Her great skill is bringing the past to life. As ever, this was done with a just-about straight face. Worsley knows better than anyone how ridiculous her act is.”
Rupert Hawksley, The i

“Prof Lucy had so much absorbing material here that she didn’t need to resort to her usual dressing-up games. She didn’t need to, but of course she did, with a different costume for almost every shot. After a while, I ceased to notice. Yes, she introduced the documentary by riding up the Mall towards Buckingham Palace in an open landau, waving to imaginary crowds.”
Christopher Stevens, Daily Mail

“This format is so briskly and surely edited now that every challenge flies by. Every one of the contestants is a character, from Peter in his fez to Clare with her Forties hairdo. It doesn’t matter if you don’t know what a cross-stitch is, or where your bias binding should go. The Sewing Bee is a mischievous joy.”
Christopher Stevens, Daily Mail