Post-production on the 10 x 60-minute drama series that chronicles the lives of the royal family. 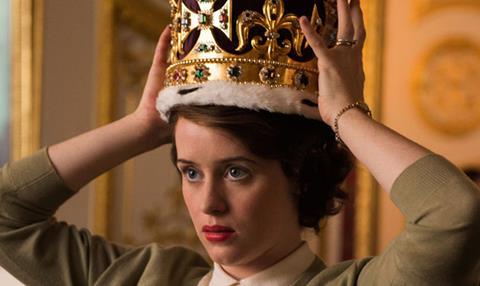 Brief Post-production on the 10 x 60-minute drama series that chronicles the lives of the royal family.

How it was done The Crown was shot in 4K using Sony F55 cameras. The post workfl ow called for uncompressed 4K throughout and two deliverables: one graded and one ungraded in original camera colour space.

For the graded version, senior colourist Asa Shoul used Baselight set to true 4K output and kept the practical lights low, ensuring that people inside rooms away from windows would be naturally dark. Shoul also used a percentage mix of a Kodak LUT to emulate a print look.

Gareth Parry completed the online using Flame. One of Us did the VFX work. Boom Post completed audio post.

Watch it Now on Netflix ­ For more on the making of The Crown, see this month’s Broadcast TECH, out 25 November