“If you could surrender to the Snow effect, embrace the British military-magazine feel, then the simple retold facts of 617 Squadron were gripping enough” 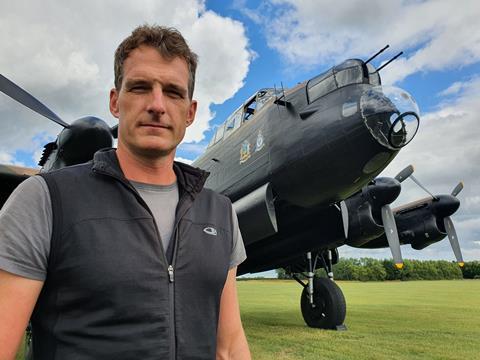 “Dan Snow, always so passionate about bringing history to life, would no doubt argue that the present tense gives the story a vitality. Yet it also makes this kind of series feel at the 11-plus end of things, which is a shame when there is such rich material. If you could surrender to the Snow effect, embrace the British military-magazine feel, then the simple retold facts of 617 Squadron were gripping enough.”
James Jackson, The Times

“His bombastic (pun intended) presentation style lent itself perfectly to Channel 5’s The Dambusters, an energetic, excitable retelling of the 1943 RAF mission Operation Chastise carried out by 617 Squadron. It might have veered into melodrama occasionally but given how regularly the defining, astonishing moments from our past are given lacklustre rehashings on screen, I’d always rather a bit of exaggeration than pale, male and stale repetition.”
Emily Baker, The i

“The pro chefs competing on the Great British Christmas Menu offered recipes with more flourishes than Mariah Carey, backed by the King’s College choristers. For much of the year, the baroque excesses of shows such as MasterChef and Bake Off: The Professionals are too rich for my taste. But Christmas is a time for overdoing everything.”
Christopher Stevens, Daily Mail

“Charming, intuitive and bags of fun, Andi Oliver was the life and soul of an otherwise dull party, frequently cracking jokes and encouraging the chefs to be a little more forthcoming with their critiques. As we all know, when the company’s boring, the least you can hope for is decent food and mercifully the chef’s creations here were indeed the real stars of the show.”
Emily Baker, The i

“The World’s Biggest Murder Trial: Nuremberg took a sober approach, despite the tabloidy title, and rightly so: no presenter, no talking heads, just black and white courtroom footage and the voices of lawyers and eyewitnesses at the infamous Nazi trial. The film was concise, perhaps overly so, but derived fascination simply in showing the trial footage of the 21 Nazis in all their apparent complacency.”
James Jackson, The Times