“The Durrells is machine-tooled family-friendly escapism just when we need it most.” 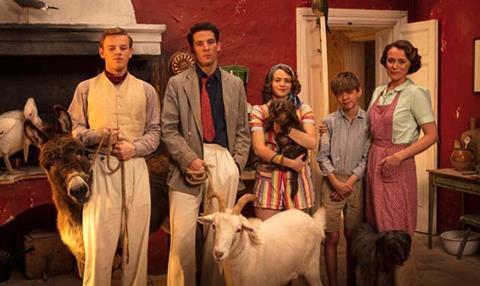 “Corfu was still sun-drenched, the titular family of lovable eccentrics remained in perpetual chaos and, although new antagonists circled, the tone was, as before, one of warm nostalgia and deep, abiding silliness. The Durrells is machine-tooled family-friendly escapism just when we need it most.”
Gabriel Tate, The Telegaph

“It is sweet, and charming, and pretty, and funny; not too funny, or dangerously so, or challengingly so, but just gently funny. The Durrells is that rather nice, rather old-fashioned thing: Sunday night family drama entertainment.”
Sam Wollaston, The Guardian

“What cold-hearted, otter-trapping, scotch-egg poisoning, moustache-loving fool could fail to love The Durrells? Here is a show that is as unsentimental as it is heart-warming, as knowing as it is innocent and as fresh as it is familiar.”
Andrew Billen, The Times

“It was charming, the gags and the sunshine and the rescued otters and so on. At the same time, it felt as if a second outing demanded more. Every time things threatened to get real , someone was shot with an air gun pellet, poisoned by some cooking or bamboozled by the comic customs of the ‘foreigners’.”
Matt Baylis, Daily Express

“The fact that this is the third time the books have been adapted for TV is testament to their enduring appeal. But this version is the best – not least because larger-than-life factotum Spiro is finally being played by someone who is actually Greek.”
Jeff Robson, The i

“Grantchester has established itself as a deceptively dark drama, defying the Father Brown and Father Dowling stereotypes of crimebusting clergy to secrete depravity beneath its placid, bucolic surface and spiritual tumult within its leading man, while rarely losing its poise.”
Gabriel Tate, The Telegraph

“Grantchester’s jokes are sparsely planted. It gets by on its own period charm and the unlikely chemistry between its leads, James Norton and Robson Green.”
Andrew Billen, The Times

“With dazzling imagery and eye witness accounts this documentary captured the wonder of the planet, as well as its tragedy.”
Matt Baylis, Daily Express