“There was a lot of amazing footage taken by drones flying along tunnels, and the whole thing is quite stirring.” 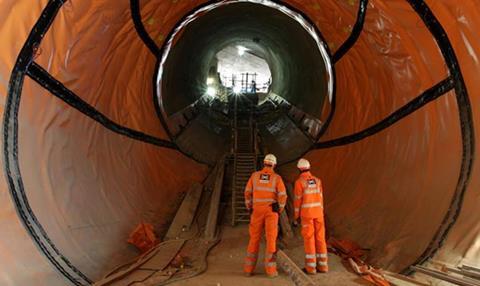 “It’s like a Top Gear for public transport enthusiasts. There was a lot of amazing footage taken by drones flying along tunnels, and the whole thing is quite stirring. In these dark times, a series like this does a lot to bolster one’s fragile opinion of humanity’s competence.”
Tim Dowling, The Guardian

“This update on the Crossrail construction of the Elizabeth Line was not so much a documentary as an uncritical corporate video. It was all wonderful. Nothing could possibly go wrong. Why didn’t I believe a word?”
Christopher Stevens, Daily Mail

“In a crowded TV landscape of weirdly provocative series, it needs to work a little harder to remind us why it deserves to be remembered as a landmark in television drama. A damn fine revival? Not quite yet.”
Patrick Smith, The Telegraph

“This new series runs to a whopping 18 episodes, but on the evidence of the first two it’s likely to prove as absorbing, unsettling and at times baffling as the best of the original.”
Nick Mitchell, The i

“Since the early nineties David Lynch’s spirit has infected everything from The X-Files through Lost to True Detective. We are spoilt for weirdness and wildness. The red room’s latest exhibit, a leafless tree with a talking brain on top, is not these days going to provoke much more than disappointed laughter.”
Andrew Billen, The Times

The Trial: A Murder In The Family, Channel 4

“The Trial: A Murder In The Family is a game attempt to stage a simulation of a major trial. It fails to convince in several ways, but despite the lack of realism it provides gripping drama.”
Christopher Stevens, Daily Mail

“This isn’t just a show about the legal system. It’s also a compelling and intriguing tale, involving a marriage gone sour, one, perhaps two brooding men, a vivacious, muchloved woman brutally strangled and a hole in the timeline big enough to drive a truck through. This isn’t ‘true crime’ in the true sense but it has all the impact of it and certainly all the truth.”
Matt Baylis, Daily Express