“This was a holiday for the eyes, a harmless bit of featherlight fluff.” 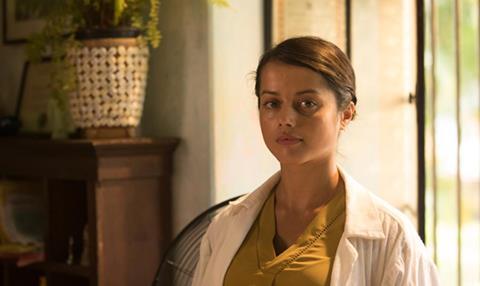 “This was a holiday for the eyes, a harmless bit of featherlight fluff. For me, though, The Good Karma Hospital was far too flimsy and formulaic to merit a second opinion next week.”
Michael Hogan, The Telegraph

“If it was a holiday, it would be a package one. Nothing to worry about, not much to think about, nothing too challenging on the menu. Nice, easy, relaxing. It’s posh soap, with sandalwood oil and extract of coconut, but still soap at the end of the day.”
Sam Wollaston, The Guardian

“Dan Sefton’s Sunday night offering is a cynical confection: a spoonful of Wild at Heart, a pinch of The Royal and a firm dollop of The Best Exotic Marigold Hotel. It should not fail, and nor does it, despite its neither interesting nor original premise.”
Andrew Billen, The Times

“Fans of hospital love stories from any era will recognise all the characters. And that is no bad thing — any GP will tell you that if the prescription is working, don’t meddle with it.”
Christopher Stevens, Daily Mail

“It was well-acted, well-written, the vistas looked stunning – all the boxes ticked, but I couldn’t shake the feeling I was watching drama machine-tooled by committee.”
Jeff Robson, The i

“The first instalment was every cliché of India, plus every cliché of the TV medical drama, hastily stitched together with a few added coconut palms. Amanda Redman does sterling work as Dr Fonseca, the hospital’s grizzled, ex-pat, saint-in-cynic’s clothing but in terms of remedies, she’s an aspirin for an amputated leg.”
Matt Baylis, Daily Express

“Episode three offered further confirmation that, far from an upmarket Fifty Shades of Grey, the BBC has wrought a meticulously misanthropic psychodrama with devastating insights into the human capacity for self-destruction.”
Ed Power, The Telegraph