The Kennedy Who Changed the World; The Great Celebrity Bake Off

“For sheer emotion, The Kennedy Who Changed The World took gold medal” 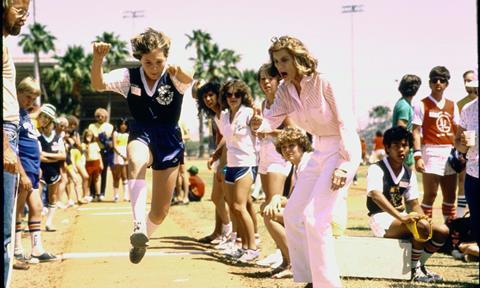 The Kennedy Who Changed the World, BBC2

“To be sure, The Kennedy Who Changed the World did, as its very title suggest, hover round the edges of hagiography and certainly edited large parts of the family history. And a good third of it was simply an advert for the Special Olympics as they exist today. Overall, though, it avoided pandering, and it told a rare and valuable story of someone who used her power, influence, money and sorrows for good rather than ill.”
Lucy Mangan, The Guardian

“It was a measure of the documentary’s thoughtfulness that, rather than simply lionising Eunice, it gave voice to various individuals to explain how their lives and sense of self-worth have been improved immeasurably by this global movement. What an unexpectedly inspirational programme this was, one tucked away at an oddly late hour given that it also included interviews with members of the Kennedy clan and with Bill Clinton.”
James Jackson, The Times

“For sheer emotion, The Kennedy Who Changed The World took gold medal. As the father of a young man with profound autism, I am hugely grateful to her for changing the way the world treats people like my son — and her ferocious determination is an inspiration.”
Christopher Stevens, Daily Mail

The Great Celebrity Bake Off for Stand Up to Cancer, Channel 4

“Is The Great Celebrity Bake Off for Stand Up to Cancer in danger of eclipsing the actual Bake Off? Once again, last night’s charity edition offered proof that — as TV viewing — rubbish baking is far funnier than skilled baking.”
James Jackson, The Times