TV Critics: The Kennedys; Doctor in the House; Arena

“A big-name blockbuster with all the subtlety of a toddler’s picture book, and the flair of an amateur dramatics group performing Mad Men.” 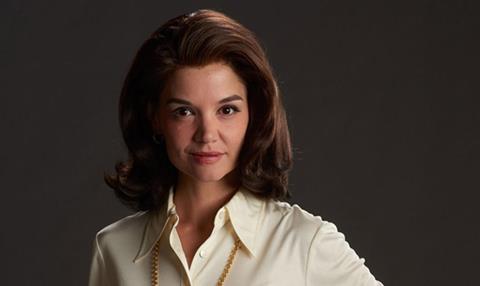 The Kennedys: Decline and Fall, Channel 5

“In some ways The Kennedys: Decline and Fall is just like Dallas. In its high melodrama, high-gloss tackiness, caricature performances, long meaningful looks. Everything is served with double cheese. But I remember Dallas being fun. This is tedious: a great story, a great political dynasty, turned into bad soap.”
Sam Wollaston, The Guardian

“Think of The Crown as the world’s finest stilton and The Kennedys is like a packet of processed cheese slices by comparison. By the time we reached her deathbed goodbyes things had fully surrendered to the approach of an afternoon weepie. In this new golden age of TV, that no longer seems good enough.”
James Jackson, The Times

“A big-name blockbuster with all the subtlety of a toddler’s picture book, and the flair of an amateur dramatics group performing Mad Men. Every moment of this overripe costume drama was filled with the kind of facial expressions and sweeping gestures not seen since the heyday of silent cinema.”
Christopher Stevens, Daily Mail

“The Kennedys: Decline and Fall made me laugh, with a rendering of Aristotle Onassis so unlike Aristotle Onassis that it could have won a special category of Oscar for it. It was a shame, not least because Katie Holmes made a startlingly good double for Jackie Kennedy, and if Matthew Perry wasn’t a dead ringer for Senator Teddy, his tubby, panicky, weak-willed performance certainly magicked up the essence of him.”
Matt Baylis, Daily Express

Doctor in the House, BBC1

“Tall, rangy and empathetic with child and adult patients alike, Dr Chatterjee is a charismatic screen presence. His capacity for explaining complex psychology in simple terms shone through.”
Gerard O’Donovan, The Telegraph

“This series made a bad start, but the latest pair of cases proved challenging and instructive. This show will encourage any family where a youngster is struggling with an eating disorder.”
Christopher Stevens, Daily Mail

“As much as Anthony Wall’s film — the quintessence of Britishness — was an ode to the simplicity of Roy  Plomley’s creation, it was also a reminder of how Arena itself does things a bit differently. Long may they both continue.”
James Jackson, The Times

“It must be as hard to make radio programmes about television as it is to make TV programmes about radio shows – at least, that’s how I’m regarding the weird, almost creepily dreamlike nature of last night’s tribute. Featuring the late, great Roy Plomley OBE acting out versions of his real self, while snippets of bygone interviews and talking heads loomed in and out of the fog, this was more like something The Beatles might have done in their experimental period.”
Matt Baylis, Daily Express