“There was more than enough to keep us watching in the hope that Uhtred’s ongoing adventures will prove just as gorily satisfying as before.” 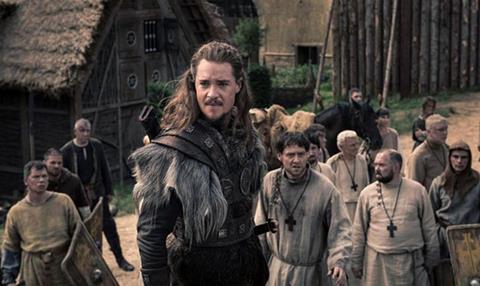 “It looks real and sometimes stunning. The politics may be tiresomely complicated, but one feels they are in aid of a point about kingdom-building and cohesion. As with all such epics, however, I yearn for more ordinary domestic moments.”
Andrew Billen, The Times

“Given that some of the best characters were killed off in grim and grisly fashion in last year’s battle-scarred finale, it was good to see others come boldly forward. Overall, there was more than enough to keep us watching in the hope that Uhtred’s ongoing adventures will prove just as gorily satisfying as before.”
Gerard O’Donovan, The Telegraph

“Too many scenes feature characters whispering in dimly-lit dungeons, which is all very atmospheric but not much use if you’re trying to work out what’s going on. [But] if you enjoy a gory set-to, it’s worth sitting through all of the muffled exposition and half-lit plotting, just for the clang of steel.”
Christopher Stevens, Daily Mail

“The Last Kingdom is a bit too brightly-lit and ‘clean’ on the cinematography and production design front to be as grimy and gritty as it would like. Its violence seems disappointingly tame and bloodless here, too, compared to some memorably vicious executions and exciting fights from series one. It feels more Saturday evening than post-watershed weeknight.”
Mark Butler, The i

“Kath Pick’s documentary bulged with beautiful images — I loved it that she never used a snap to make fun of its subject — but also with well-focused ideas.”
Andrew Billen, The Times

“This delightful browse through photograph collections treasured by ordinary families was a heart-warming pleasure. Sometimes we needed more time to reflect on these pictures than this one-off documentary could provide. But it was a glorious visit to a world where the sun always shone and everyone looked happy.”
Christopher Stevens, Daily Mail

“This was a tender and brilliant look at family photography, less photography, in fact, and more the ways in which people preserve precious memories of one another.”
Matt Baylis, Daily Express

“After the strength of episode two – a nuanced exploration of the identity and social challenges for young Muslim men – this felt a bit limiting. Still, there is a lot to be said for a programme that gets up this close and unfiltered, with cameras in the homes – even the bedrooms – of Muslims.”
Remona Aly, The Guardian