“The grisly murder mystery weaves together an inconceivable plot with more daft turns than a Highland reel.” 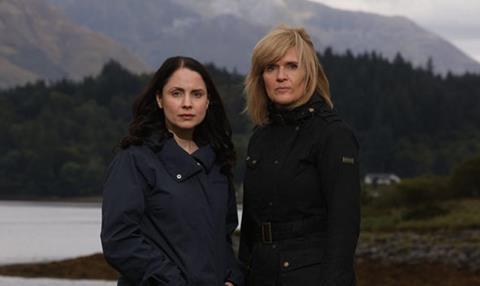 “The Loch is the sort of drama British broadcasters brew up on autopilot. My problem is I don’t believe that a single one of these people actually lives there. Top of the Loch it is not.”
Jasper Rees, The Telegraph

“The Loch is not Jimmy McGovern’s The Lakes or Jane Campion’s Top of The Lake. It is soapier; Broadchurch meets Take the High Road. Nevertheless, it is an intriguing thriller. And the scenery is absolutely stunning.”
Sam Wollaston, The Guardian

“The grisly murder mystery weaves together an inconceivable plot with more daft turns than a Highland reel. The Loch certainly had the makings of a deliciously dark drama. But despite the strong cast and setting, the nonsensical plot is a mis-fire.”
Finlay Greig, The i

“This disjointed head-scratcher of a crime serial piled so many ludicrous events into its first hour that by the end I couldn’t help laughing in disbelief. The real mystery about The Loch is how it could be so preposterous yet so predictable.”
Christopher Stevens, Daily Mail

“Director Brian Kelly has puzzlingly decided to film the Highlands so as to make it look as romantic as Milton Keynes. How VisitScotland must be envying Cornwall’s luck with Poldark.”
Andrew Billen, The Times

“Writer Debbie Horsfield has hit on a winning formula, delivering escapist melodrama and occasional subtler notes. The sorely tested relationship between Ross and Demelza is a fascinatingly underplayed constant amid the surrounding sturm und drang.”
Jeff Robson, The i

“The instalment ended the Demelza-Ross-Elizabeth love triangle, but there were compensations. Very little about tin mining, for instance. And Eleanor Tomlinson as Demelza and Aidan Turner as Ross still possess the most interesting marriage on television.”
Andrew Billen, The Times

“Poldark is televised holiday romance, a teenage fantasy with clotted cream. It’s nice to be – and to have it – back.”
Sam Wollaston, The Guardian

“Business as usual. Joy for some. For others, it was about as much fun as housekeeper Prudie’s ruptured spleen.”
Jasper Rees, The Telegraph

“While The Handmaid’s Tale does a fine job of capturing a sense of sustained suspense, its plot arguably borders on the ponderous. More needs to happen story-wise to give this TV drama some momentum.”
Mark Butler, The i

“Has there been a science fiction dystopia less inimical to pulpy escapism than that conjured by this adaptation of Margaret Atwood’s cult novel ? Even the gloomiest sci-fi allegory invariably squeezes in a cheesy crowd-pleaser. Here, the thrills and spills were of a different – though no less riveting –  hue.”
Ed Power, The Telegraph

“Every scene is beautiful, composed in palettes of pastel drenched in blurred light. There may never have been a prettier TV show. Schlock it certainly is, but it’s gorgeous schlock.”
Christopher Stevens, Daily Mail