TV Critics: The Replacement; The Best of British Takeaways; Inside No 9 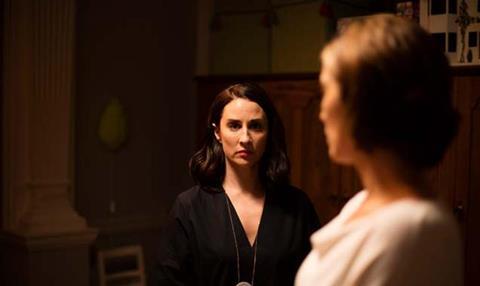 “Despite maintaining its refreshingly complex take for a time, this week’s finale arguably faltered at the last hurdle. The masterfully ambiguous paranoia of the first two episodes gave way to a disappointingly clichéd, bunny-boiling conclusion.”
Mark Butler, The i

“How dispiriting that the concluding instalment of this taut psychological thriller should tip so quickly into melodrama. There was a conspicuous dash to tie up loose-ends, in the course of which the previously painstaking plot was revealed to be a powder-keg of implausibility.”
Ed Power, The Telegraph

“By some law of television writing these things must conclude with a suicide threat, a knife-point hostage-taking or, as in this case, a kidnapping. This is not to deny the overall power of the series, even if it remained nearer a guilty pleasure than a work of psychological depth.”
Andrew Billen, The Times

The Best of British Takeaways: Fish and Chips, BBC2

“This is the best of British telly: populist, easily digested, and sort of good for you in moderation.”
Chitra Ramaswamy, The Guardian

“This show was one quarter mouth-watering fish and chips, and the rest polystyrene packaging.”
Christopher Stevens, Daily Mail

“One of Steve Pemberton and Reece Shearsmith’s best Inside No 9s. Inside No 9 is a series of often macabre comedy plays, but the conclusion of this brought with it a tide of distress.”
Andrew Billen, The Times

“Diddle Diddle Dumpling managed to weave a genuinely gripping and powerful half hour of TV from a seemingly bizarre and banal set-up: a testament to the show’s ongoing mastery of mood.”
Mark Butler, The i

“The ending was typically blood-drenched but more sad than horrid. More evidence of the quality of this series.”
Matt Baylis, Daily Express