“Bristling with detail, quite a bit of it genuinely fresh, this is a series to watch.” 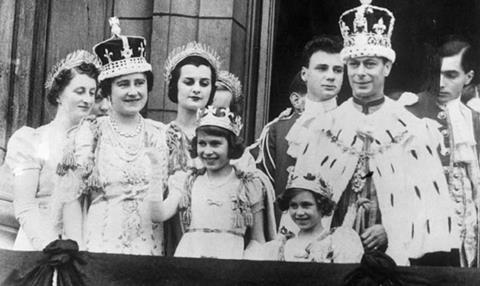 “Most of the revelations were already very well known. But that’s not to say it wasn’t entertaining. At an hour and 20 minutes, the programme was too long and felt much more suited to a Sunday teatime slot. But at least we know that the Windsors have more than enough scandals to sustain the next five weeks.”
Claudia Connell, Daily Mail

“It’s a rare month that goes by when Channel 4 doesn’t run a documentary about the stitching-up of the Romanov family, or the abdication of Edward VIII, or the sudden blossoming of the stammering George VI into a hero-monarch for the war years. The difference lies in the extraordinarily candid documents they’ve laid their hands on for this account. Bristling with detail, quite a bit of it genuinely fresh, this is a series to watch.”
Matt Baylis, Daily Express

“A fascinating delve into history. Fans of Netflix’s The Crown, intrigued by glimpses of  this acerbic and bitter man in his treacherous post-abdication guise as the Duke of Windsor, will have gleaned everything they needed to know about him here.”
Gerard O’Donovan, The Telegraph

“Another of those documentaries about the nation’s favourite ermine-sporters, of which the once-radical Channel 4 seems so inexplicably fond. Are you sure you couldn’t just bung us another series of The Windsors?”
Lucy Mangan, The Guardian

“A very watchable series about cutting-edge medical science. Weston was a congenial host, at her best putting across complex medical issues in easily decipherable terms.”
Gerard O’Donovan, The Telegraph

“The programme had to work hard not to be mistaken for a freak show. With varying levels of success, this it just about did. I still thought I heard Lord Reith’s fingers drumming with impatience in the background.”
Andrew Billen, The Times

“If there was a hint of the high-class carnival freak show about the setup it was offset by the optimism afforded.”
Lucy Mangan, The Guardian

“The Real Marigold Hotel is back on track now that its guests and programme-makers have got over the wonder that is Kerala and begun concentrating on the real issue: how to live when old.”
Andrew Billen, The Times