The World’s Most Expensive Toys; Close to the Enemy; The Cook Who Changed Our Lives; Santa Makes You LOL; Who Do You Think You Are?

Here was a drama that claimed to be a thriller, but there wasn’t so much as a shiver down the spine in it. 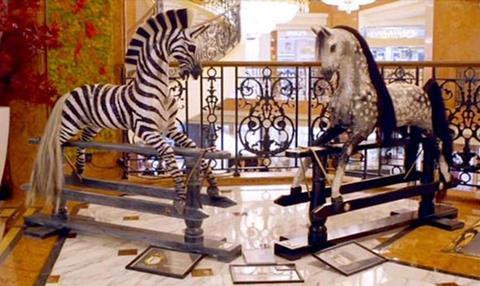 The World’s Most Expensive Toys, Channel 4

Oddly, for a show one expected to overflow with expensive seasonal splendour, there wasn’t a whole lot more on offer. Most of the time was spent glumly trailing around after the poor worker bees hoping to flog these fripperies to the elusive super-rich.
Gerard O’Donovan, Daily Telegraph

This documentary, which promised so much glamour, turned out to be shoddy trash as well on closer inspection. Much of it was amateurish, with tracking shots that meandered around, looking for a subject, and abrupt edits that left stories half-told.
Christopher Stevens, Daily Mail

Close to the Enemy, BBC2

If there was a prize for most frustrating watch of the year, Close to the Enemy would win hands down. Here was a drama that claimed to be a thriller, but there wasn’t so much as a shiver down the spine in it.
Gerard O’Donovan, Daily Telegraph

The Cook Who Changed Our Lives, BBC2

Anna Del Conte has been an influence, no doubt, but really to cook like her, you need to be rich, in time at least.
Andrew Billen, The Times

One of the nastiest side-effects of YouTube and the like is how quickly people have become blasé about mistreating pets. I suspect that if a drama showed an actress with a puppy in a box, there would be howls of disgust from viewers.
Christopher Stevens, Daily Mail

Ricky [Tomlinson], who had spent the first 15 minutes of the programme roaring with laughter at nothing much, found much to weep over here.
Andrew Billen, The Times