This Is Us; Slum Britain; The Coming War On China

“This Is Us is an American comedy-drama high on schmaltz, thematic coincidences, cute dialogue and moments of highly engineered pathos. I enjoyed it.” 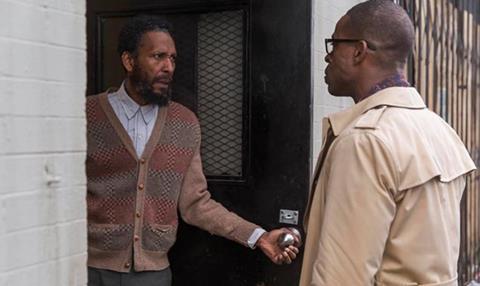 This Is Us, Channel 4

“This Is Us is an American comedy-drama high on schmaltz, thematic coincidences, cute dialogue and moments of highly engineered pathos. I enjoyed it.”
Andrew Billen, The Times

“This Is Us is wilfully saccharine, enough to make your fillings sing in places, and yes, it employs the time-honoured trick of undercutting all that syrupy sweetness with loads of clever, dense, hard-boiled dialogue, so that everyone ends up speaking in paragraphs. But it pulls off that trick very well, and that’s not easy.”
Tim Dowling, The Guardian

“The biggest problem with This Is Us was not the automated plotting, or the cheesy acting, or the layers of schmaltz plastered over thick dollops of twee whimsy. It was the lie in the title. It’s called This Is Us, but have you ever met anyone even faintly like these people — two-dimensional cartoons stencilled in cheesecake?”
Christopher Stevens, Daily Mail

“This Is Us is a super-clever saga of modern, tangled lives, in which a mixed bag of characters appeared to have only the same birthday in common. But they were linked in ways far more profound, their true stories only just beginning, and I’ll be watching.”
Matt Baylis, Daily Express

“On paper, this is all remarkably unexciting. But This is Us sucks you in. It is soundtracked by soft indie music balladry, its lighting has a perpetually autumnal Instagram filter and, above all, it is stocked with a winning cast.”
Adam White, The Telegraph

“Although divided into chapters, characters recurred and the interviews with some of the children in Hedges’ photographs were poorly integrated. Its content, however, repeatedly challenged one’s conscience.”
Andrew Billen, The Times

The Coming War On China, ITV

“Pilger’s film was remarkable, not so much for pointing out something that might be true but for spending so much time pointing out things that had little to do with it. It said little about whether the US was currently planning to attack China or whether China had plans to attack the US.”
Matt Baylis, Daily Express