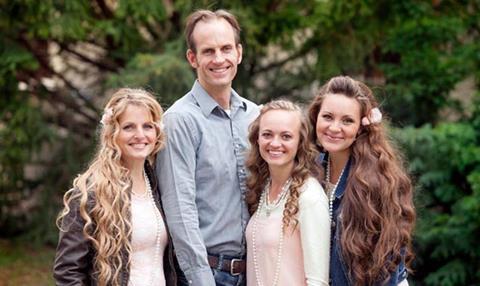 “The Mormon credo is that polygamy forges a righteous path to heaven’s top table. From this distance it looks like a free ticket to the male holy grail of sex on tap with multiple partners.”
Jasper Rees, The Telegraph

“The latest, brilliant offering from Keo Films is full of surprises. Everyone was so charming and open, it was more or less impossible to be cynical about the set-up but it still looked like one with winners and losers.”
Matt Baylis, Daily Express

“Apart from the fact that it wouldn’t have happened any other way, the documentary’s trust-gaining softly softly approach doesn’t make it any less extraordinary. It’s pretty much one long OMG WTF.”
Sam Wollaston, The Guardian

“Brilliant and sickening. A screening of this important, superbly constructed and focused documentary was to have been held in parliament on Wednesday. That needs to be rescheduled.”
Andrew Billen, The Times

“Much as it’s good to get despots in the dock, the programme didn’t address the big question.”
Matt Baylis, Daily Express

“The intrepid half-dozen’s efforts were wholehearted, their motives pure. However, it didn’t make terribly good television. Too much time was spent sitting in cars, chatting on walkie-talkies, like a low-banter Top Gear challenge.”
Michael Hogan, The Telegraph

“What the documentary couldn’t explain is why so much of Britain’s official multi-billion-pound aid budget is frittered away on idiot schemes or swallowed up by corruption, when a bunch of comics who weren’t even safe behind a steering wheel could manage to hand out donations effectively.”
Christopher Stevens, Daily Mail

“It all became rather repetitive. There’s only so many times you can coo at before-and-after shots or time-lapse photography of scaffolding being erected and removed.”
Michael Hogan, The Telegraph

“So many were crammed into the hour that we had barely started to hear how bonkers Barbara lit bonfires in the castle kitchen before Kevin galloped on to the next item. He’s an architect — he should know better than to rush a job.”
Christopher Stevens, Daily Mail