The most recorded programme of the Christmas week was ITV’s final ever Downton Abbey, which aired at 8.45pm on Christmas Day. 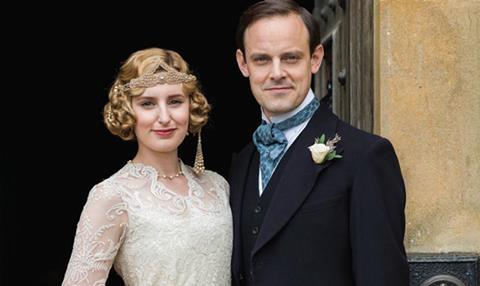 The Christmas schedules are generally scrutinised more than any others, particularly the fisticuffs of Christmas Day. BBC1 has traditionally claimed the day as its own, but that changed in 2011, when ITV parked Downton Abbey on BBC1’s neatly mown lawn. It will be interesting to see if ITV can summon the energy (and money) to compete as strongly in 2016 without its phenomenal hit at its disposal. Meanwhile, festive recording overtook 2014’s totals.

Opposite for an hour, BBC1’s EastEnders achieved 7.7 million/ 25% after nearly 2 million recorded and watched. Downton’s 3.2 million lead was the biggest in the fi ve years the shows have gone head to head on Christmas Day and reversed last year’s win for EastEnders (8.6 million/30%) over Downton (7.7 million/27%).

C4: Gogglesprogs; Home Alone 2: Lost In New York
Channel 4 had a strong Christmas Day, led by Gogglesprogs at 8pm, which, after more than 1.2 million recorded and watched, delivered 4 million/13%. That bodes well for a planned series of the Gogglebox spinoff. Movie Home Alone 2: Lost In New York consolidated to 3.1 million/12% at 5.45pm after a 210,000 uplift. Both were bigger than C4’s 2014 Christmas Day best, the movie Arthur Christmas (2.1 million/8%).