Dave scored the second-biggest audience of the year for its re-runs of Would I Lie To You? on Saturday 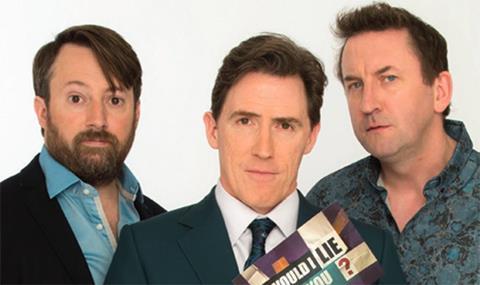 The best place to avoid the week’s blizzard of yuletide football, darts and cricket from enviously sunny climes was, apparently, a storage unit packed with celebrities. Or, if you fancied those sunny climes but not the men in flannels wandering around a field and chasing a ball, then Hawaii might be the place.

The best non-football rating of the week was Dave’s Storage Hunters UK Celebrity Special, which on Tuesday at 8pm achieved 728,000/3%. UKTV stablemate Drama’s best was Judge John Deed, which aired on Wednesday at 8pm to 390,000/2%.