“It is not a flattering portrait of our times, but as a TV drama, it is up there with the best – tense, gripping and relentless” 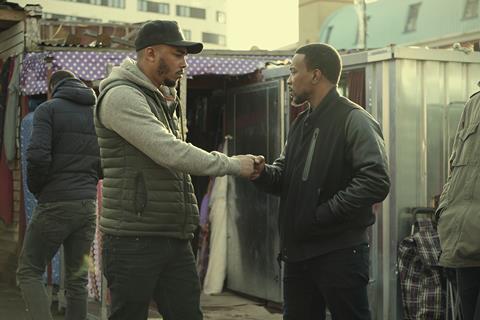 “So many shows churn out the same old, same old. That Top Boy still retains the shock of the new in 2019 is an indictment of the state of commissioning, but this also works in its favour. It is not a flattering portrait of our times, but as a TV drama, it is up there with the best – tense, gripping and relentless.”
Rebecca Nicholson, The Guardian

“Creator Ronan Bennett’s tight, compassionate scripts touch on everything from the impact of Brexit to the increased presence of immigration officers without ever forgetting that this is at heart a story about a community and the ties that bind filled with believable, beautifully written characters, many of whom may well break your heart.”
Sarah Hughes, The Telegraph

“The attention to detail, sense of desperation and constant danger which marked the original out were still very much in evidence. There was a bit too much going on, and an overly extensive cast was introduced in the first two episodes, but it’s got eight more to develop what look to be compelling storylines.”
Jeff Robson, The i

Jesy Nelson: Odd One Out, BBC1

“Jesy is not on the other side of the bullying yet and, at times, that makes it difficult to watch. Though more of an intimate ‘my journey’ story than the recent Channel 4 three-parter, Jade, both shows communicate, with a cold, clear eye, the damage caused by casual cruelty.”
Rebecca Nicholson, The Guardian

“It was brave of Nelson to speak so candidly about her experiences, but it was hard to escape the feeling that Little Mix were part of the problem.”
Joe Clay, The Times

“The main point of the show was also its biggest shortcoming. Every time King and Myers paused to cook something, time that could have been spent delivering on the series’ secondary promise – ‘getting beyond the nostalgia of Route 66 to find out what it means now for the people who live along it’ – was frittered away.”
Gabriel Tate, The Telegraph

“The first helping of Hairy Bikers: Route 66 had an unexpected gear change when they visited an Amish community in Lincoln, Illinois. The challenge for the hirsute duo was dialling down their relentless banter, while the production team had to try to film the segment without showing their hosts’ faces on camera. Myers and King went into earnest children’s TV presenter mode and there were lots of blurry shots and oblique camera angles.”
Joe Clay, The Times

“Lincoln was meant to be home to the nation’s top ‘roadside attraction’, the largest covered wagon in the world. It turned out to be a ramshackle cart with a cartoon statue of Abraham Lincoln on the driving seat with his paint peeling. And someone had nicked the wagon cover. By now, I was starting to wonder if this show had been commissioned by President Trump to deter unwelcome immigrants. It didn’t get better.”
Christopher Stevens, Daily Mail