“This series has been like an ostentatious Roman feast — luscious and delicious, but self-indulgent.” 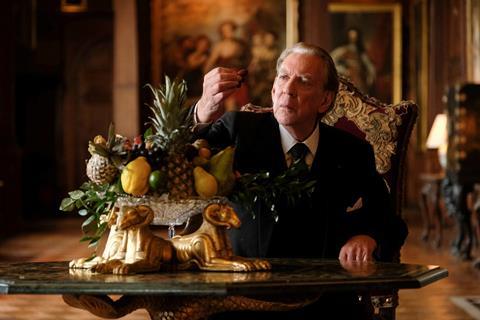 “We’ve been so spoiled this year that merely ‘OK’ series have got a little lost. Trust was one of those and meandered to its conclusion with nobody really noticing. I couldn’t shake the feeling that the story’s main events – kidnapping, ear-removal, the hostage’s eventual rescue – had already happened. As such, this was just an over-extended ‘what happened next’ sequence.”
Michael Hogan, The Telegraph

“This series has been like an ostentatious Roman feast — luscious and delicious, but self-indulgent.”
Carol Midgley, The Times

“A sort of lesbian remix of Channel 4 stablemate Catastrophe, The Bisexual was set in a millennial milieu where characters worked in east London warehouses, launched apps, wrote blogs, binge-watched The Handmaid’s Tale and wore ostentatious berets. Sure, most of them were insufferably self-absorbed but this was fearless comedy: not afraid to break taboos, share tender, intimate moments or exploit dramatic silences. A few more actual jokes wouldn’t have gone amiss, though.”
Michael Hogan, The Telegraph

“Many programmes about this 1993 murder merely rehash details of unutterable horror. This didn’t. It offered fresh insights and details, chiefly from previously unseen documents.”
Carol Midgley, The Times

“A large part of any series’ success is simply due to it not feeling like a film script being stretched to cover 10 episodes. But Patriot passes that bar and has just enough smiles to mask the melancholy at its heart and keep you urging its hero on.”
Lucy Mangan, The Guardian