“This was quality television, the sort that is so absorbing you think you’ve been watching for 15 minutes and it turns out to be nearly an hour.” 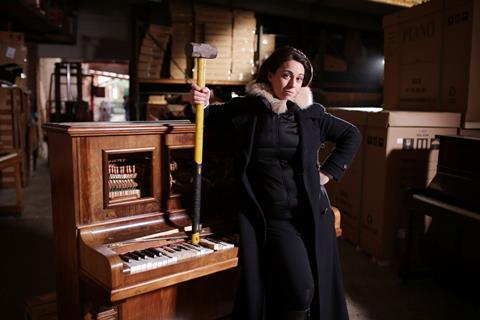 Tunes for Tyrants: Music and Power with Suzy Klein, BBC4

“Pardon my inner ignoramus, but the thought of a BBC4 documentary about classical music doesn’t necessarily get the heart rate up. Tunes for Tyrants is, however, astonishingly good, asking difficult questions about censorship and the power of words without pretending to serve up any easy answers.”
Rebecca Nicholson, The Guardian

“This was quality television, the sort that is so absorbing you think you’ve been watching for 15 minutes and it turns out to be nearly an hour. In examining the way that dictatorships used music to rouse and manipulate the people, it managed to be that increasingly rare documentary: educational without being patronising, entertaining without sacrificing depth.”
Carol Midgley, The Times

“My eyes glazed over at the thought of yet another documentary looking back at the inter-war years. But Tunes for Tyrants was surprisingly upbeat, and – dare I say it – enjoyable. From smashing up a piano to joining in at a 1920s Berlin cabaret, this was no typical BBC-snore programme.”
Daisy Wyatt, The i

“I’m just going to come out and say it: W1A isn’t very funny any more. In fact, it’s quite irritating. It hasn’t really changed a jot in three series and the concept is, frankly, tired.”
Rupert Hawksley, The Telegraph

“The set-up might follow similar lines each week but the butt of the jokes shifts about, along with the things the jokes remind us of. You weren’t sure who the real fools were in last night’s tale, the bungling paper-shufflers of Broadcasting House, or the public, bemoaning the loss of something they’d clearly never been that fond of in the first place.”
Matt Baylis, Daily Express

“After last week’s episode, it seemed inconceivable that the writers could maintain enough intrigue to justify a further three, hour-long episodes. But crikey, they haven’t half pulled it off. I do hope I’m not proved wrong next week but Liar, which started off as a rather silly, morally dubious potboiler has become something altogether more important.”
Rupert Hawksley, The Telegraph

“The backwards format that at first seemed intriguing turns out to be increasingly self-defeating: by beginning at the end it has sort of shown its hand, like a reverse striptease. And it’s all so unrelentingly grim, shot in miserable browns and greys, as if people with their faces burnt off isn’t quite dark enough.”
Carol Midgley, The Times