“A wonderful series that allows everyone and everything time to breathe.” 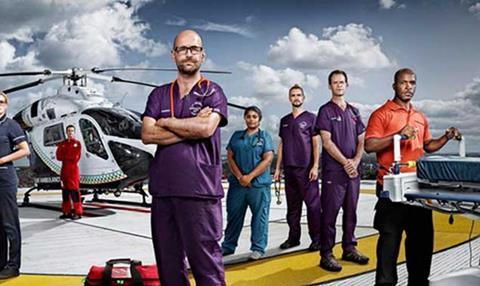 “It remains a wonderful series that allows everyone and everything time to breathe. The stories unfurl slowly, with no sense of producers gnashing their teeth in the wings and cursing people for not getting on with it, and, of course, are all the more moving for it.”
Lucy Mangan, The Guardian

“This programme represents only a short period in the life of every patient, but the best episodes manage to turn that moment into a window on their entire life. We learnt, for instance, that 29-year-old dental nurse Kerry was an independent spirit, an excellent driver and a beloved granddaughter as well as the victim of a horrific motorcycle crash that brought her to A&E.”
Ellen E Jones, The Independent

“What brilliant, confident editing that the 24 Hours team were able to intersect Kerry’s story with another of such cheeky, laugh-out-loud charm. I did not expect such euphemistic humour to be placed so skilfully, delicately next to sequences on, say, the value of a disabled child’s smile. Beautiful.”
Alex Hardy, The Times

“They always say the best television should show, rather than tell. And indeed this was excellent television that showed a white-furred mammal pinging up in the air so high it left the shot, then reappeared in a nose dive and plunged through the snowy crust, leaving its legs wriggling like a cartoon character. There was not much the venerable Attenborough could add to that.”
Benji Wilson, The Telegraph

“Natural history documentaries are often criticised for anthropomorphism in the commentary: inanely overlaying human characteristics on to those who wear fur and feathers instead of clothes. Attenborough rarely fell into that trap here.”
Alex Hardy, The Times

“This is a vision of history so freshly scrubbed and clean-cut, you could eat your dinner off the cobbled streets. The only consolation of this dire costume drama is knowing that, after London is razed, Sir Christopher Wren will turn up and redesign the capital.”
Christopher Stevens, Daily Mail

“Even more of the set is now ablaze, gadzooks, and the smell of roasting ham is enough to make you quite delirious.”
Lucy Mangan, The Guardian

“There’s a touch of the soap opera about newsman and novelist Tom Bradby’s drama. Will brother-in-law and sister-in-law kiss? Will they get the kid out of jail before the flames seize him? You know the answers because you’ve seen Neighbours.”
Matt Baylis, Daily Express