“Here was the loveliest, most natural treatment of dialogue I’ve heard in a TV adaptation of Shakespeare.” 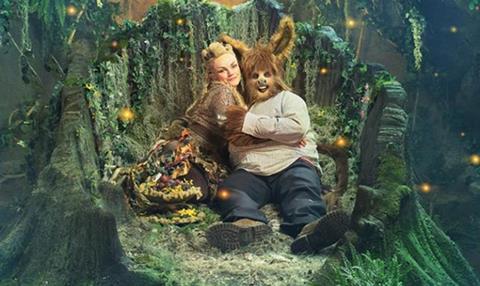 “Here was the loveliest, most natural treatment of dialogue I’ve heard in a TV adaptation of Shakespeare – making the comedy’s central thrust of misbegotten romance crystal clear.”
Gerard O’Donovan, The Telegraph

“Russell has produced something resolutely unobjectionable and spirited – a triumphant realisation of his stated ambition, which was to produce a modern, family-friendly, BBC1-ready version of Shakespeare’s play.”
Tim Dowling, The Guardian

“You sensed [Russell] Davies and [David] Kerr had successfully released the joy within Shakespeare’s text for a new generation – and that’s no mean feat.”
James Jackson, The Times

“The sheer durability of Alan Partridge is that his character is an inexaustible collection of weird details: a new and truly terrible sheepskin coat, a house called Denton Abbey with a purple front door; a throwaway story about Moira Stewart getting scurvy. The world may keep changing, but Alan Partridge somehow stays the same. It’s just that Steve Coogan has to wear a lot less makeup to look like him these days.”
Tim Dowling, The Guardian

“Coogan’s portrayal of Partridge, now a 25-year labour of love, is deepening and enriching. Writer-directors Rob and Neil Gibbons, handed the baton by Armando Iannucci as Coogan’s main collaborators, have helped breathe new life into the character.”
The Telegraph

“In focusing on the humdrum tasks of the famous hub, this programme sucked every last bit of excitement and romance out of it. At the same time it made me realize how very good that other Heathrow-based airport TV show (the BBC’s imaginatively titled Airport) had really been.”
Matt Baylis, The Express